on November 05, 2016
Last October 15, 2016, a new proudly Pinoy-made board game launched on Kickstarter.UPSTART, a table-top role playing game (RPG) by Richard Dacalos and Lorena Flores, was created to empower entrepreneurs and to transform how people experience starting and sustaining a business without the financial risks involved
. 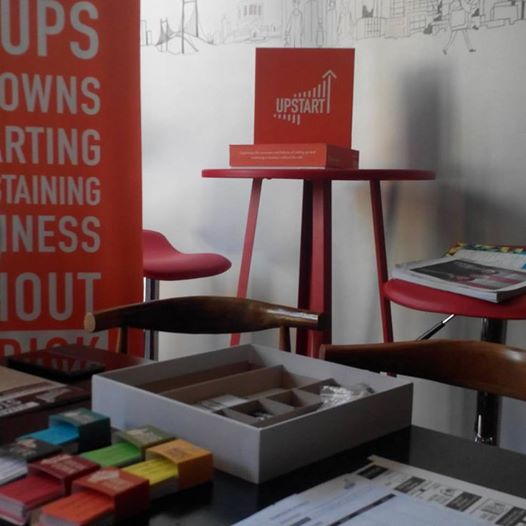 UPSTART  simulates the UPS and DOWNS of setting up and sustaining a business. It equips players with the tools and  insights to take their business to the next level.  It allows players to step out of their comfort zones  and do things they are not comfortable doing in the “real world.”  And players also learn lifelong lessons in an environment of fun, collaboration and play. 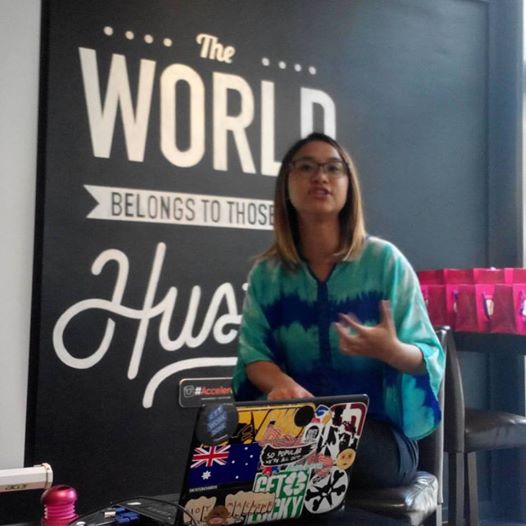 I joined in an UPSTART gaming event with bloggers last week, wherein Ina Flores showed us how to play the board game. I played the RPG in tandem with with another blogger.

To start off, we were asked to choose our profile based on real-life or one chararcted that is closer to what we hope to achieve in the future.  Since both of us in the group were working full time and had no business background, we agreed on choosing the full time working character.  Each team were  given hours and "cc" currency based on the profile we have selected in UPSTART. 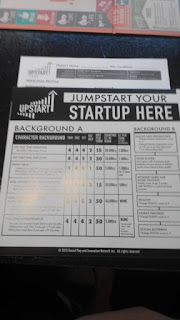 You then roll and navigate through the board and make choices or deal with chance. Chance is dictated by various cards like life, breakdowns and breaks (opportunities). The actions simulate real life : (1) Life and general actions, (2) General business conditions, (3) Revenue generation and (4) followers and reputation.   background is full-time entrepreneur. One round depicts weekly decisions and goals in real life.

After playing a few rounds, it became clear to me  that life is about taking chances.  If  I  have lots of money, I need to do something with it and not hold onto it. allows you to take risks in a safe environment.  We need to raising money and make the time  to leverage it as much as possible without putting the toll on family time and health (vitality).

We were so focused on building our personal bank  while playing the game, that we missed out on opportunities to set up business earlier on.  They more we  focus on skipping the 'negative' spaces and decisions we I didn't want, the more we kept landing on those spaces often.  We learned that we should focus on our goals and not on what may go wrong. 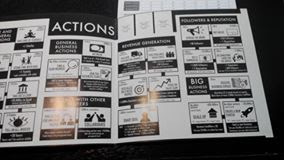 “You can’t grow a business in a silo so there’s bound to be failure, and it’s from failure that the best entrepreneurs learn to be successful.” adds Flores , a senior marketing strategist and head of creatives for UPSTART. “One reason we created UPSTART was to practice failure… without really failing. We wanted a safe and fun environment where we can uncover our blind spots, our decision-making biases, our strengths and weaknesses.” 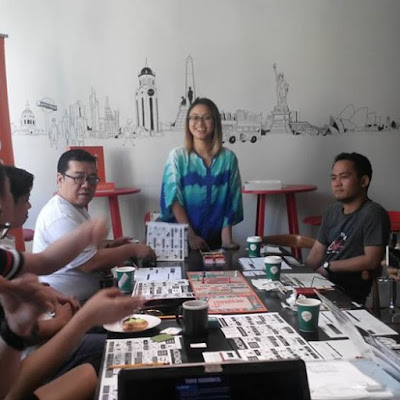 The UPSTART was initially a private board game played among colleagues, but it began getting noticed when players had success applying lessons they learned in the game to real life.
Dacalos and Flores hope to empower entrepreneurs all over the world to beat the status quo, and shorten their business learning curve.

After two years of testing and product development, seven major game iterations, and more than four hundred players from different backgrounds – from aspiring entrepreneurs to business mavens, from students to corporate professionals, from the Philippines to South Africa – the game is ready to be shared with the world.


“The Kickstarter campaign will give us the ability to scale-up our production and ship worldwide,” says Dacalos. They need to raise $35,000 though. Based on their calculations and conversations with the multiple suppliers, this is the bare minimum needed to mass produce the game and deliver worldwide.

As early adopters and backers, those who pledge through Kickstarter will get to own the game before its commercial release and below retail price.  Preorder UPSTART today.
finances financial literacy game learning money