At the awarding event, filmmaker Johanna Serrano was named the Grand Winner of the Movie Masters Program for her film, Bukidnon An Eco Adventure, besting two other finalists, Dylan Talon and Angelo Crisostomo. In the short film, Johanna takes viewers along as she explores the beautiful province of Bukidnon, sharing raw and authentic moments that she experiences during the trip.

As the Grand Winner, Johanna received a ₱ 300,000 film grant, along with the chance to create a short film together with top local director, Paul Soriano and the TEN17P team. The film, which will be released globally this December, will take a look back at the past year, and show how Filipinos are capable of overcoming challenges that may shake them, in order to live a steady life with the promise of a stable and beautiful future.

In a message to the finalists, and those watching the awarding ceremony, Direk Paul Soriano shared that the technology found in the CAMON 18 Premier makes it a great tool for capturing and telling stories. He also invited more filmmakers and creators to take advantage of opportunities like the Movie Masters Program. He said, “We have the freedom that we all want when we tell our stories. The creative freedom. It’s really just you, and the CAMON 18 Premier, and your stories. What else do you need?”


Capture great stories with CAMON 18
The Movie Masters Program showcased how the CAMON 18 Series pushes the boundaries of what it means to be a professional camera smartphone. The finalists were able to experience the “Movie Master” CAMON 18 Premier firsthand, testing out its ultra-steady Stabilized Gimbal Camera to achieve a #SuperSteadyShot as they created their short films. The First Movie Masters Program marks the beginning of TECNO Mobile’s commitment to supporting the local filmmaking scene. 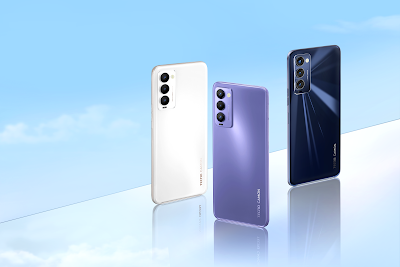 Other smartphones included in the CAMON 18 Series are CAMON 18P, which has a 48MP clear and steady video camera, plus a 13MP 50mm pro portrait camera, and the CAMON 18 variant, which is equipped with a 48MP Multi-function Triple Camera. 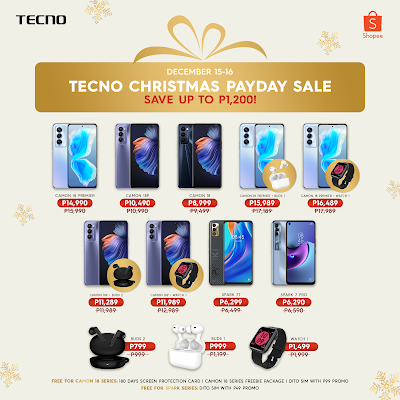 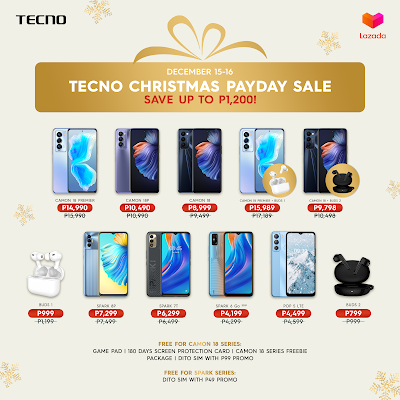 You can also look forward to these upcoming smartphones from TECNO Mobile this Christmas - Spark 8P and POVA Neo. The “Ace for New Gen”, Spark 8P is equipped with a 50MP Ultra Clear AI Triple Camera that allows you to capture moments clearly and vividly, a 1080P FHD+ Dot Notch Screen, and a huge 5000mAh battery with power saving optimization. Spark 8P is available at the TECNO Mobile Official Stores in Shopee and Lazada for only ₱ 7,499. 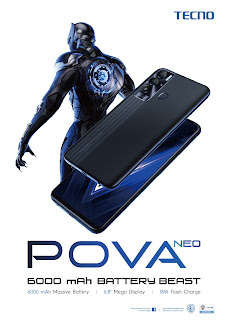 Enjoy your favorite games on the extra tough POVA Neo smartphone, with a large battery and big screen for an even better gaming experience. This smartphone is equipped with ET Engine optimization boost, plus a Game Space with cool interface, and fast play features. POVA Neo is available at the TECNO Mobile Flagship Store in Lazada, and is priced at ₱5,999.

Stay updated on all the latest promos when you like and follow TECNO Mobile Philippines on Facebook. Visit www.tecno-mobile.com/ph to learn more about your favorite TECNO Mobile smartphones and gadgets.