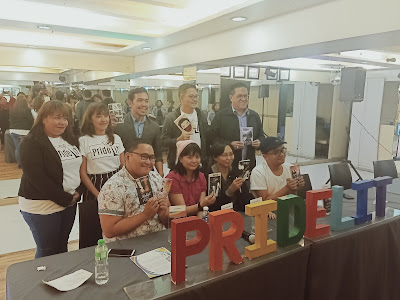 The rainbow community has come a long way in shift public opinion, embracing diversity and changing the landscape for future generations.

In the Philippines, Pride Lit stands proud as a great source of entertainment and inspiration to readers of all kinds as the first Filipino pop literature imprint focused on championing LGBTQ+ narratives.

Pride Lit celebrates diversity, inclusivity and freedom of expression for those individuals whose voice isn’t heard as loudly.  And the brand has been very consistent in creating a safe space for underrepresented voices to flourish and share their stories, whether it’s about finding love in many forms and shapes or discovering one’s sexual awakening with fleeting moments of kilig.

True to its vision, Pride Lit steps up its game by ensuring LGBTQ+ characters and its allies could be prominent figures in pop culture narratives, and serve as inspiration to the LGBTQ+ community whose vibrant lives are worth telling, and are now everyone’s stories.