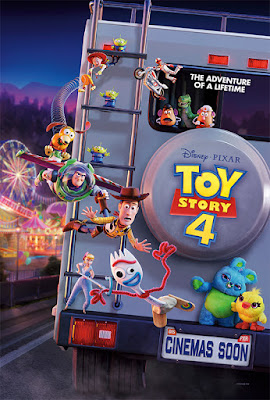 After 9 years, the fourth installment in Pixar's Toy Story series, and the sequel to 2010's Toy Story 3 is finally here for another heartwarming story. 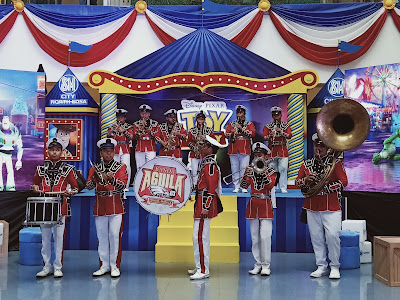 Woody, Buzz, and the gang are returning for another fun-filled adventure with new characters for us to love with the upcoming release of Disney and Pixar’s Toy Story 4.

SM Cinema is celebrating this much-awaited comeback by bringing the magic from the movies to real life with the Disney and Pixar’s Toy Story 4 Adventure Land, a land full of classic carnival games sure to bring out the kid in all of us!

Take a trip down memory lane and test your accuracy with a game of ring toss and hit target alien spaceships using plastic balls. Feel like a real life Bo Peep and try to guide your sheep from one pen to the other. And finally, let your creativity flow by creating your very own Forky on the velcro wall. Everyone is welcome, especially kids at heart who have grown up with Woody, Buzz and the beloved Toy Story gang.

In Disney and Pixar’s Toy Story 4, when Bonnie takes the toys on her family’s road trip, Woody ends up on an unexpected detour that includes a reunion with his long-lost friend Bo Peep, whose adventurous spirit and life on the road belie her delicate porcelain exterior. Woody and Bo are worlds apart when it comes to life as a toy, and they soon realize that’s the least of their worries.

Visit the Disney and Pixar’s Toy Story 4 Adventure Land at the SM North EDSA The Block Atrium with your family from June 6 to 21. Invite all your loved ones and keep the magic of childhood alive at SM Cinema.

Directed by Josh Cooley (“Riley’s First Date?”), and produced by Mark Nielsen (associate producer “Inside Out”) and Jonas Rivera (“Inside Out,” “Up”) Disney and Pixar’s “Toy Story 4” ventures to cinemas on June 20, 2019. Catch it at SM Cinema’s 64 branches, or at IMAX and Director’s Club Cinemas nationwide.