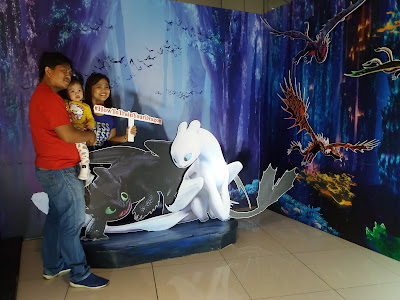 My daughter and I joined in the advance screening of "How to Train Your Dragon - The Hidden World" at the SM Megamall IMAX yesterday. And boy, it was worth the long queue!

This animated movie into the world behind Vikings and dragons is one of the best! 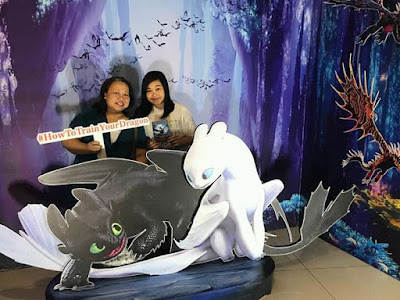 Hiccup Horrendous Haddock III (Jay Baruchel) and his dragon Toothless will make you teary-eyed. The unlikely friendship between Hiccup and Toothless, has led the former to create the first dragon-viking utopia possible.

With the appearance of female Light Fury, Toothless begins to fall in love with a fellow night-fury. The misdeeds of Grimmel (F. Murray Abraham), a dragon hunter spurs 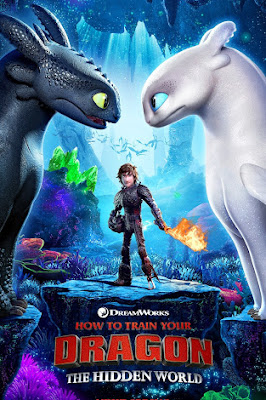 Hiccup's plan to move his colony to the hidden dragon paradise for safety. The mythical quest for "The Hidden World", a secret Dragon Utopia which may or may not exist, then begins before the hired tyrant Grimmel finds it first.

How to Train Your Dragon: The Hidden World is a fantastic, beautifully-choreographed way to end the dragon culture animation trilogy on a high note.

Produced by Dreamworks Animation and directed by Dean DeBlois, the film features the voices of Jay Baruchel as Hiccup, America Ferrera as Astrid, F. Murray Abraham as Grimmel, Cate Blanchett as Valka, and Gerard Butler as Stoick the Vast.

The adventure of Hiccup and Toothless becomes even bigger and better in SM Cinema’s IMAX theatres as How To Train Your Dragon: The Hidden World is digitally remastered for The IMAX Experience® with proprietary IMAX DMR® (Digital Re-mastering) technology. With topnotch equipment and high-quality audio visuals, movie goers can feel like they are part of the dragon riding and fighting scenes.

Catch "How to Train Your Dragon - The Hidden World" at IMAX theatres, Director’s Club and SM Cinema branches nationwide. Book your tickets through the website, www.smcinema.com or download the SM Cinema mobile app.