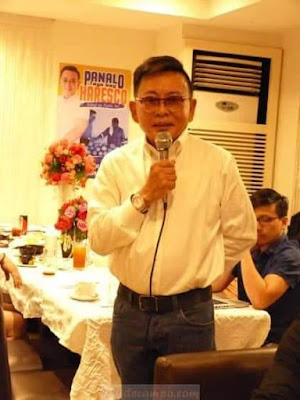 There is nothing Aklan Rep. Teodorico Haresco Jr. wants more than to see his fellow Aklanons achieve a certain level of success in life.  Nonong Haresco as he is lovingly called in the first district of Aklan, is a living proof of what hard work and determination can do to change a person’s life.

As a student at De La Salle University, he was able to grow a two thousand-peso loan from a relative into a buy-and-sell business by purchasing shrimps in Aklan, then selling it in Manila. 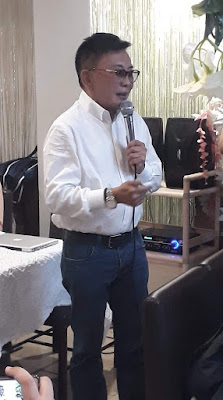 Finishing with honors in Economics and in Accounting, his determination developed his little startup turned into a 50-hectare prawn-farming venture in his hometown of Ibajay, Aklan and he would find himself catering to big name restaurants in the metro. After completing his M.A. in International Economics at the McGill University in Canada, Haresco participated in the United Nations Conference on Trade and Development-International Trade Center in Switzerland where his business acumen led to the formation Haresco Trade Specialists Co. and Silver Thread Inc., which exported local capiz shells to the European country.

Clearly, his life is set with all he has accomplished outside of the Philippines. And yet, Haresco decided to return to Aklan with the hope that he can help uplift the lives there. To say that he has a heart for the less privileged would be a huge understatement. Instead of simply giving them food, he encouraged them to set up their own small business ventures--—like he once did when he was younger—--to make them self-sustaining. Such is the love of Haresco for Aklan and its residents and perhaps it is the proud Ilonggo in him that makes him a firm believer that the microenterprise industry has the ability to uplift individuals as long as they put in the commitment and dedication. To eventually be able to provide jobs for others in their communities and help in the development of its socio-economic sector is a vision Haresco continues to aspire for Aklan.

Happily married and a loving father of four, his contributions to the development of Aklan and the Philippines are well documented. To date, Congressman Nonong Haresco has authored and co-authored more than 60 house measures including HB00111, an act establishing a mechanism for the sustainable development and use of the island of Boracay; HB00115, an act increasing the bed capacity of Ibajay District Hospital from 25 to 100; HB02239, an act granting P1,000 monthly stipend by way of financial assistance to centenarians; HB02240, an act exempting users of electronic vehicles from the payment of road user’s tax; HB02241, an act to prescribe nutrition labeling for food products; HB02323, an act granting P500 monthly allowance to barangay tanods; HB02414, an act amending section 5 of Republic Act No. 10121, otherwise known as an act strengthening the Philippine Disaster Risk Reduction and Management System; HB02415, an act to combat abuse and increase penalties for crimes against senior citizens; HB03192, an act providing for the establishment of barangay drugstores, otherwise known as “Botika sa Barangay”; HB03366, an act penalizing anti-competitive agreements, abuse of dominant position, and anti-competitive mergers, establishing the Philippine Fair Competition Commission; HB03776, an act empowering the micro, small, and medium enterprises; and HB04335, an act requiring mandatory installation of closed circuit television (CCTV) cameras on major roads included in routes of public utility vehicles among others.

On top of these, his milestone accomplishments included his being the only Visayan and Aklanon to receive the Philippine Chamber of Commerce and Industry Businessman of the Year Award (2007) and the Deutsche Bank Banker of the Year Award (2005). He was People Asia’s Person of the Year and graced the cover in 2008 and is one of the Modern Day Filipino Heroes (2008), as well as one of 23 Filipinos cited in the book celebrating 347 years of Philippine- British Relations. His company WINSOURCE Solutions Inc. has been a five-time recipient of the Queen’s Awards for Enterprise.

Haresco likewise conceptualized the President’s Bridge Programme (PBP) as a parallel intervention to regular government infrastructure programmes. This very successful reengineering model in the Philippines is being duplicated in Sri Lanka, Papa New Guinea, Cambodia, Siberia, and in other parts of Asia.

Haresco is also the principal developer of a nationwide scholarship fund for the children of slain journalists and has put 34 young scholars through school since 2007.