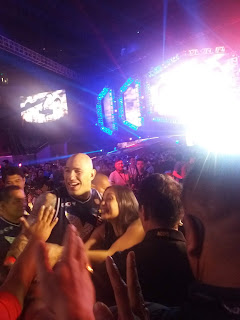 The largest global sports media property in Asian history, ONE Championship™ (ONE), returned to the Mall Of Asia Arena for another exciting evening of world-class martial arts action.

ONE: CONQUEST OF CHAMPIONS featured a series of compelling bouts, punctuated by two unforgettable championship clashes that left fans on the edge of their seats. 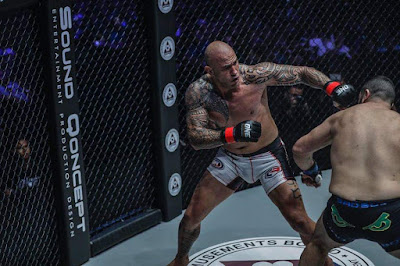 Reigning ONE Heavyweight World Champion Brandon “The Truth” Vera of the Philippines made quick work of Italy’s Mauro “The Hammer” Cerilli, stopping his opponent with a well-placed left hook counter to the jaw that turned the lights out on the Italian. After an aggressive Cerilli stalked Vera across the cage, the Filipino-American took a step back and uncorked the counter that landed right on the button. Cerilli was out before he hit the canvas as referee Olivier Coste stepped in to call a halt to the contest just passed the one minute mark.

The victory also earned Vera GoDaddy KO of the Night honors. Brandon Vera, ONE Heavyweight World Champion, stated: “Manila, all my countrymen, I’ve missed you all. Two years was a long time. I’m sorry I’ve been away for so long, but it looks like I can still do it. I’ve been watching Mauro’s tapes every night. Even as I sleep, I watch him train. I watch him fight. I watch everything he does. I know he swings hard. He did punch me in the mouth and it hurt, and then when he fell down, I was pretty surprised. So I’m glad I got that left hook in and dropped him with it.

In the world of martial arts, the Philippines owns five world titles. We can do this. Continue your support. Let’s get all the belts!” 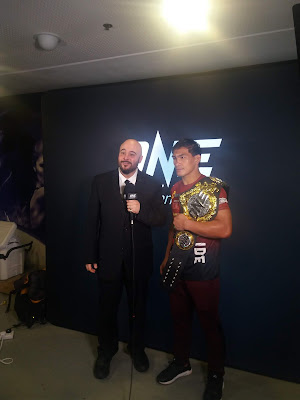 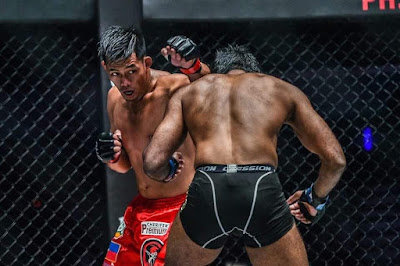 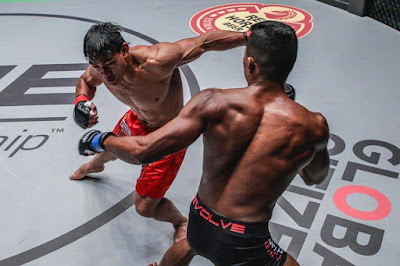 Folayang dominated Khan from start to finish, punishing his younger opponent with a variety of striking combinations featuring spinning heel kicks and sharp elbows. Khan tried his best to counter Folayang’s offense, but appeared a step slower and couldn’t pin down Folayang’s timing. In the end, all three judges saw the bout in favor of Folayang. 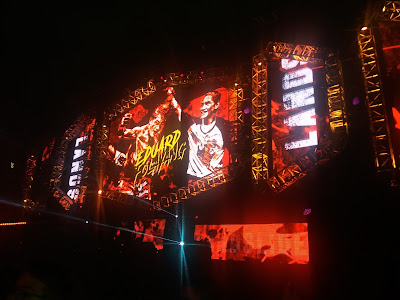 Former ONE Featherweight World Champion Honorio “The Rock” Banario of the Philippines overcame a game effort from challenger Rahul “The Kerala Krusher” Raju of Singapore to win by unanimous decision after three rounds. Banario dominated Raju in striking exchanges while also threatening with submissions in the first round. Raju made it a competitive bout in the second frame, but Banario came alive once again in the third and nearly finished the Singaporean with a rear naked choke. In the end, all three judges saw the bout in favor of Banario.

In a spirited ONE Super Series Muay Thai contest, bantamweights Saemapetch Fairtex of Thailand and Alaverdi Ramazanov of Russia put on an absolute show for fans at the Mall of Asia Arena. Ramazanov used his height and length to pose problems for Saemapetch early, but the Thai veteran would start to come on in the second round. Although Ramazanov would try his best to outwork his opponent, Saemapetch proved much too explosive and powerful. After three rounds of action, all three judges saw the bout in favor of Saemapetch to win by unanimous decision.

James Nakashima of the United States authored a solid all-around performance in his ONE Championship debut, dominating Russia’s Raimond Magomedaliev to earn a unanimous decision victory. Nakashima bucked a slow start in the first round after Magomedaliev’s range posed a problem for the former American National Wrestling Champion. Nakashima’s grappling prowess was put on display in the succeeding rounds as he took Magomedaliev down at will and consistently pounded him out. In the end, all three judges scored the bout in favor of Nakashima.

Japanese kickboxing ace Hiroaki Suzuki was victorious in his ONE Super Series debut, picking up a unanimous decision win over Lithuania’s Deividas Danyla. Danyla controlled the pace in the opening round, but Suzuki connected on a left hook that sent Danyla to the mat to close the first frame. rounds.