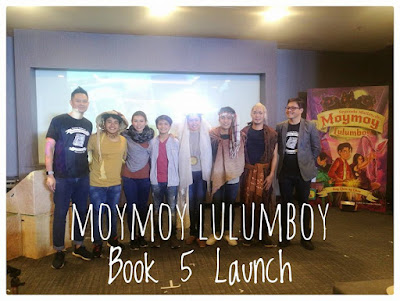 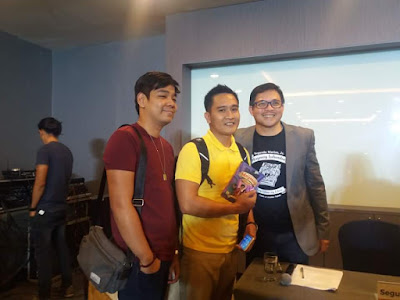 Prior to the book launch and signing, PETA actors staged a play to tell the synopsis of the book. The latest installment continues with the journey of Moymoy Lulumboy as he struggles to cope up with the death of his mother Liliw. He has to contend with his legacy as the hero, who will save Gabun from evil forces.

Moymoy Lulumboy, whose shape-shifting powers resemble that of an aswang, is slowly transfroming into a character with a little darkness and aggression in his soul, but whose kindness and compassion remain throughout the coming-of-age conquest.

With the growing public interest of this enchanting book, ABS-CBN acquired this Lampara Book's epic fantasy series with the plans of making it into television series, film, digital piece, merchandise and more.

Segundo Matias Jr. is a recipient of numerous literary award giving bodies, which include three Carlos Palanca Memorial Awards for Literature, the Philippine’s most prestigious.

Also known by his persona “Kuya Jun,” Matias had screenplays for Viva, Seiko, and Regal Films before he entered the world of children’s literature. He has written screenplays for Films, as well as teleplays for various TV shows.

He is also a publisher and has published over 1,500 books for children and young adults. He is currently taking Masters in Creative Writing at the University of the Philippines—Diliman.

Award- winning illustrator and author, Jose Miguel “Jomike" Tejido is a Filipino architect who has illustrated over 100 books since 2000.. He worked as an architect for several years until he realized that painting, writing, and illustrating for children’s books is his passion.

He is known for his acrylic painting on hand-woven mats "banig". His unique fusion of fine art on an unconventional ground has led to six solo exhibitions in the Philippines and Singapore, among other group shows in Paris, Japan, and USA.