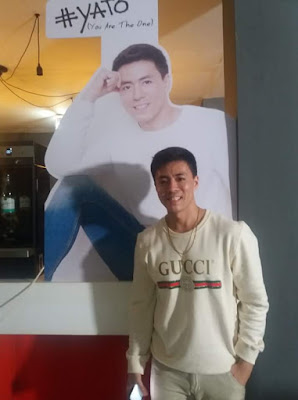 Last September 13, 2018, Lance Raymundo held a listening party at Black Maria Cinema for his latest MTV #YATO which is short for 'You Are The One'.

Present at the party were Jana Victoria plus Lance Raymundo's mom and older brother, Rannie. Jana Victoria was handpicked by Lance as his leading lady in the said MTV for Viva Records under the direction of Joel Mendoza. 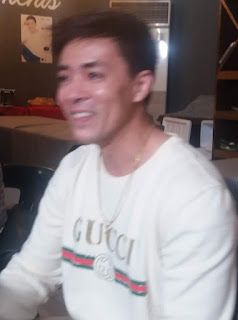 The actor shared that he had three love relationships in the past, all were long-term. And he conposed "You Are The One" for his second girlfriend. The inspiration came after he has just dropped her off at home and the lyrics just followed through as he was driving away.

“I can musically describe it as an English OPM song. Kahit English ang lyrics, alam natin na proudly Pinoy ang nag-compose. just like other English OPM songs tulad ng Why Can’t it Be, etc.. Unlike most songs that follow the upbeat fad, Lance decided to stick to acoustics. “Hindi ako sumabay sa mga current musical trend which usually just lasts for a few months tapos iba na naman ang uso. I wanted to make something more timeless especially because the message of the song is about finding the love of your life".

“The video is something I’m really proud of, we shot it for three days with Direk Joel Mendoza". The later asked Lance to tell the story of his life, from which the director drew his MTV highlights. Having someone helped him work his way through the shock, sadness and whatever emotions he was experiencing. Being supported by people who loved Lance has been his biggest life saver.

When asked why he chose Jana Victoria for the MTV, Lance Raymundo shared "Jana is perfect for the role. We've known each other for quite some time as we go to the same gym...Only someone who knows me well can look at me in the eye with love and convey the message we want to put across the MTV." Their good chemistry reflects on and off camera.

Jana said she enjoyed making the MTV with Lance. "It’s kinda sad because of his accident, but you can see the real love no matter what happened in the past.”

Both are single and admits being open to dating. Jana was actually his special guest at his birthday celebration.

Will this MTV be the ultimate comeback Lance is waiting for? The future looks bright. Lance has high hopes on releasing his second single come January 2019.