30 PhilPop 2018 Song Interpreters make it to the semi-finals 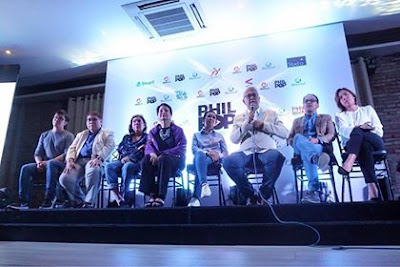 The country's premier songwriting competition, PhilPop has recently announced its roster of interpreters for the 2018 lineup. With the theme "Music. Powered by Pinoys," the foundation continues to defy expectations by championing homegrown talents from different backgrounds and music genres.

A video featuring the 30 interpreters was showcased during the Philpop Reveal and Listening Party this September 12 at the 2nd floor of Cafe 1771, Pasig City. 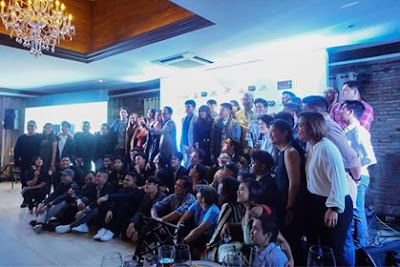 During the program, Festival Chairman and Philpop Board Member Mr. Ryan Cayabyab stressed the importance of regional inclusivity and giving voice to underrated artists whose compositions have the potential to impact the Filipino people's soul. 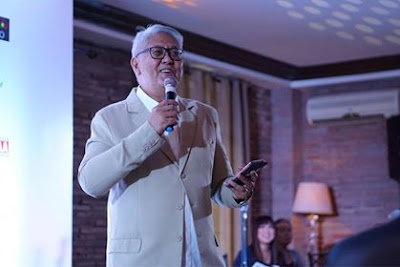 "This year, we are happy to launch 30 songs that represent stories, struggles, ambitions, and dreams of people like us. We look forward to listen and enjoy these wonderful compositions." Cayabyab also expressed PhilPop's advocacy promoting top-notch Filipino music that matters. "Rest assured that we will stay true to our commitment to look for talented songwriters and give them a platform to realize their dreams of seeing their songs across the nation."

Viva Records, for its part, supervised the official recording of the songs which will be available on platforms such as Youtube and Spotify on September 17 at 12 noon.

From the shortlisted Top 30 semi-finalists, only ten will advance to the final round. They will be judged according to the following criteria: 50% judges screening, 25% online streaming, and 25% Smart's People Choice Award voting through SMS and Twitter's conversational ad. The top 10 will be revealed via PhilPop's social media pages and website on October 22, 2018.

The finalists will be given a chance to showcase their original composition as interpreted by the chosen music acts on November 30 in the PhilPop Festival Finals Night that will be held at Capitol Commons in Pasig City.

Log on to www.philpop.com.ph for the complete instruction on how to vote for your favorite songs via SMS or Twitter.

PhilPop takes pride in its advocacy to provide a sustainable platform for Filipino music acts to develop their skills through a world-class mentorship program, as well as introduce them to standard music industry practices and strategies that would harness their potential in the long run. "This year’s PhilPop campaign emphasized the meaning of unity, camaraderie, mentorship and most importantly, of generosity and the importance of giving back," PhilPop Executive Director Dinah Remolacio shares. "Former alumni and bootcamp coaches now serve as producers, arrangers, and even interpreters to some of the compositions. What was once a rigid competition with a coveted grand prize became an avenue to build and strengthen relationships among competitors and coaches."