Join in the 12th International Silent Film Festival Manila this August 30 to September 2, 2018 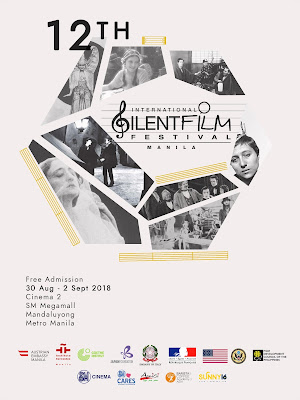 While bereft of sound, silent films have become the entertainment of choice for some as it stimulates imagination. These people enjoy seeing the developmental aspects of the film industry. And you will be surprised to know that there are really good movies that happen to be silent.

Established in 2007 as the first of its kind in Asia, the ISFFM promises to bring once more to Manila film buffs and music aficionados an extraordinary experience. From the 1890’s to the 1920’s, audiences around the world were enchanted by the magic of watching soundless images on a screen accompanied by live music played by different performing artists.

This year, the Philippine-Italian Association, the Film Development Council of the Philippines, the Embassy of France, the Goethe-Institut Philippinen, the Japan Foundation Manila, the Embassy of the United States of America, the Instituto Cervantes, and the Embassy of Austria, are extremely proud to present the 12 th iteration of the International Silent Film Festival in Manila. Scheduled from August 30 th to September 2 nd at SM Cinema 2 of SM Megamall, Mandaluyong City, the 2018 ISFFM brings together the very best of silent cinema from its eight member-countries, to be accompanied by the best Filipino musicians in the scene. 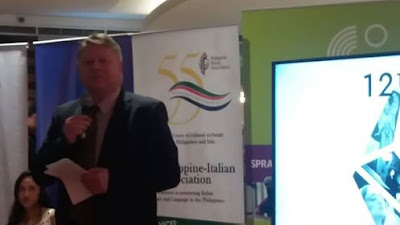 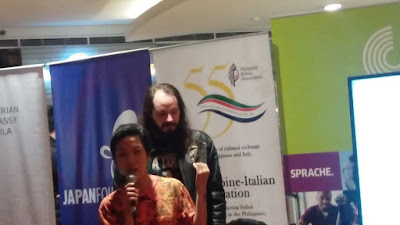 The Festival reels off at 8:00 pm on Thursday, August 30th with the Philippine-Italian Association, the Italian Embassy and the Italian Chamber of Commerce presenting the most important of those stylish melodramas made-in-Italy, Rapsodia Satanica (Satanic Rhapsody 1915-1917), directed by Nino Oxilia. The film tells the story of ageing Italian aristocrat Dame Alba d’ Oltrevita who discovers a particular and special solution for her beauty by forging a pact with the devil. The blues band Miles Experience will accompany this film with a live performance.

On Friday, August 31st, at 7PM, the Film Development Council of the Philippines will present a unique offering in The Lost Film Triology which is composed of “Filipiniana”, “Aswang (1933),” and “Juan Tamad Goes to the Moon (1898)”; and an excerpt from “Nitrate: To the Ghosts of the 75 Lost Philippine Silent Films (1912-1933).” A live musical performance by Khavn & the Kontra-Kino Orchestra will accompany the film.

At 9:00 pm, also on August 31st , the Embassy of France will present the drama La Passion de Jeanne D’Arc (1928), directed by Carl Theodor Dreyer. The film tells the story of the trial of Joan of Arc in 1431. The film will be scored by the multi-awarded pianist and versatile musician Dingdong Fiel, alongside Andrew Constantino (Clarinet) and Kyongmin Nam (Cello).

On Saturday, September 1 st at 4PM, the Goethe Institut will screen The Cabinet of Dr. Caligari (1920), dubbed as “the first true horror film”. Directed by Robert Wiene, the film tells of a mad doctor suspected of sending a corpse on a killing spree. The movie will be live scored by Kontemporaryong Gamelan Pilipino, widely identified as Kontra- GaPi. 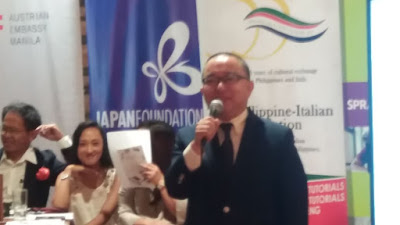 At 6PM, the Japan Foundation, Manila will screen A Straightforward Boy (1929) by Yasujiro Ozu that tells a story of Bunkichi who kidnaps a boy, Tetsubo, who has an appetite for sweets. This screening will feature Silent Film Narrator Tito Genova Valiente, who will provide a live interpretation of the silent film. The screening and narration will be accompanied by contemporary pop folk/ethnic sound group Tanikala Tribe.

Closing the night at 8PM will be the U.S. Embassy's screening of the film Our Hospitality (1923), considered to be a groundbreaking work for the comedy film genre. Directed by and starring Buster Keaton, the film tells the story of Willie McKay, who gets caught in the middle of the infamous "Canfield"–"McKay" feud, an obvious satire of the real-life Hatfield–McCoy feud. The film will be scored by Brass Munkeys, a band of veteran musicians known for their lively and bold performances on stage.

On Sunday, September 2nd at 5PM, the Instituto Cervantes will present the musical comedy Frivolinas (1926). Directed by Arturo Carballo, Frivolinas is about a widower who loves the nightlife, and a comedian who falls in love with the old man’s daughter. Tapati, a collaboration of artists embracing influences of rock, reggae, blues, jazz, pop, folk and Philippine Neo-ethnic tribal music will accompany the film.

Culminating the festival at 7:30PM will be the Embassy of Austria’s Die Kleine Veronika (1929), directed by Robert Land. The film tells the story of Tyrolean mountain girl, Veronika, who travels to Vienna to visit her aunt, only to find out that the city experience she has been dreaming of is not all the fun and glamorous life she had previously imagined. The live score will be played by avant-pop electronica solo Joee & I. The Embassy of Austria presents this year’s entry in partnership with Hearlife Foundation, Inc., a non-stock, non-profit organization created to champion the Filipino deaf, and MED-EL Philippines, an affiliate of cochlear implant provider MED-EL WorldWide from Innsbruck, Austria. 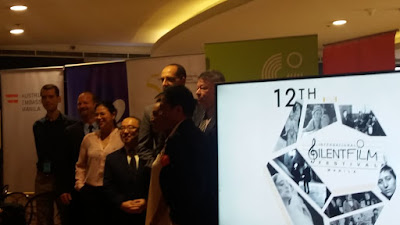 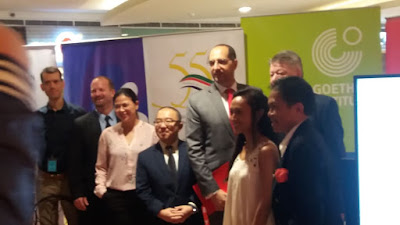 This year's film festival experience will have a unique addition, an exhibit at the SM Cinema lobby. The exhibit will be presenting a visual installation of this year’s participating films.

All screenings will be open to the public on a first come, first served basis. Do visit www.facebook.com/InternationalSilentFilmFestivalManila for more information on the schedule and inquiries.