Lower-stakes relationship has its advantages

on July 28, 2018
At one point on your life, you will meet that special someone whom you'll grow to love. While you will agree on things that mattered most in life, it doesn't always end in the walk to the altar.

For some individuals, being in a relationship just isn’t the end goal.  Some people are simpky  not ready to build their life around another person. For others, there is such a thing as a “wrong time” to be in a relationship 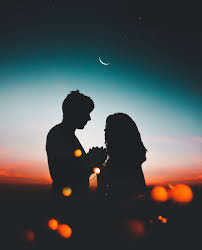 I've had my share of these relationships that turned sour.  And I realized that  committed relationships take time. It takes two to tango. Sometimes the people I am drawn to are not ready to be emotionally involved in the way I expect them to.  While I continue to work on giving a little of myself to get something back and make it work, sometimes it is just impossible to do since the relationship is doomed from the start.

My newfound solitude gave me a better perspective.  I invested trust and love into an exhausting relationship, only to realize later that we are not compatible.

I endured a seven-year lesson that someone being your “boyfriend” doesn’t mean he’ll treat your feelings with care. I was disappointed  because I was more emotionally invested in it than my partner. There were  infidelity and betrayal issues as he was not 100 percent committed. He abhors being “tied down” to one person indefinitely.

While I was open to going out and meeting new people, I wasn’t ready  to jump into anything serious too quickly. I was afraid that opening myself up to another exclusive relationship may end in disappointment and heartbreak.

If you’ve  been burned out in an exclusive relationship that lasted long but left you devastated in the end,  then you probably don’t want anything serious the moment you go dating again. I was nervous that dating digitally might bring about potentially confusing situations.  Like the other "casual daters”, I just  want to hang out, have fun and date around without the restrictions and obligations associated with a committed relationship.

Casual dating is  a good way to test the water and get back out there. It’s best not to jump into anything serious too quickly after a failed relationship. Choosing a lower-stakes relationship  is something commitment phobics should consider.  If  you  want  the benefits of a relationship without the  emotional labor that goes with it, dating with no strings attach works well.


Casual dating is easier than I’d originally anticipated. One can go places and have fun with other individuals without asking anything  than simply enjoying each other's company. Casual dating is a relationship wherein you romantically see the other person for fun.

You really have nothing to lose by trying out an adult dating site. Finding others through digital means doesn't have to be costly. Many free dating systems works perfectly well. If online dating is something you are considering,  the only real challenge is the amount of options. Picking the right one for your needs can be like searching for a needle in a haystack.   Sex dating sites, has its own unique aspect  that makes it stand out from the crowd.  You can also get a leg up on your fellow online daters by browsing through a good list of the best free online dating sites available nowadays.

By turning to these dating sites, you get to spend a little time with someone whose company you enjoy and then get back to whatever you’re doing to take over the world. There is always someone better out there for you. You can  fill out profile after profile, and go through match after match.

You can explore and even let your dates know  that you’re open to possibilities. However, there are some rules in casual dating. Dating casually without hurting anyone requires responsibility and honesty on your end. Being up front with your  non-exclusive intentions is the key to a successful casual dating. By being honest, you don’t feel pressured to settle if you’re more about having some fun. Next, you have to end casual relationships. Both parties know that the involvement is always casual, so there is no need for detailed explanations  when things don’t work out. If you have been clear about your intentions,  ending things can be simple. No explanations needed  beyond the closure of a breakup. It was casual.  There is no exclusivity involved and you were just seeing where things go. Non-committal, dating is not 100 percent hassle-free, but the lines are usually more clearly drawn. The third rule  is all about discretion. You need to respect each other.


No relationship is better than the other. The type of relationship best for you is what really matters. For all you know, a couple situation may not stay casual in perpetuity.