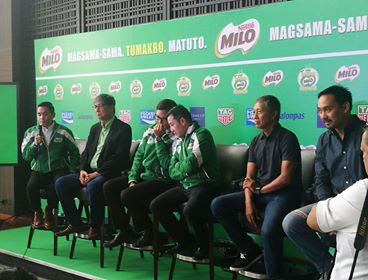 Earlier today, the leading beverage brand MILO officially launched its 42nd National MILO Marathon at the Conrad Hotel. The country’s biggest and longest running footrace strives to be more than just a running event as it continues to highlight the character-forming lesson events that can be learned from the race. With the ongoing theme, “Magsama-sama, Tumakbo, Matuto”, MILO strengthens the legacy of the National MILO Marathon in upholding a values-driven race experience for runners throughout the season. 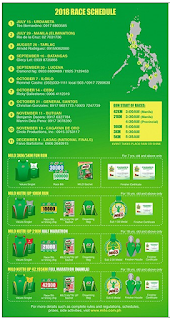 The new season ushers the 11-leg event with the opening race happening in Urdaneta on July 15. Reigning MILO Marathon King Joerge Andrade and five-time MILO Marathon Queen Mary Joy Tabal will go head-to-head with their top contenders to defend their titles with the hopes of bagging the top purse of this year’s marathon finale. The next MILO Marathon King and Queen will be given an opportunity participate in an international marathon in 2019. In partnership with PATAFA, this year’s NMM King and Queen will be the runners to beat for aspiring contenders for the 2019 SEA Games. MILO expects 150,000 runners to participate this season.

“The 42nd National MILO Marathon continues to center on the life lessons that runners can learn and take with them beyond the finish line,” said Lester P. Castillo, MILO Philippines Sports Executive. “We are committed to delivering an inspiring season as we highlight the values of discipline, resilience and determination to help our runners be molded into true champions.”


The City of Laoag has been selected to host this year’s National Finals on December 9. Laoag promises to offer a unique running experience for participants as the National Finals will be part of the city’s bicentennial culminating celebration. In addition to the festive race experience, runners can also look forward to marveling at the beauty of Laoag, as the race route goes along several tourist spots of the city, including the Paway and Laoag sand dunes in some of the long distance categories. Those who would like to combine a vacation along with their race can visit nearby landmarks and places of interest in the llocos region, such as the Cape Bojeador Lighthouse, St. Augustine‘s Church in Paway, Kapurpurawan rock formation in Burgos, the windmill farms of Bangui, and the white beaches of Pagudpud. Vigan, a recognized UNESCO World Heritage Center, is also just 80 kilometers away.

“The provincial government of Ilocos Norte, and the city of Laoag have given their full support for National MILO Marathon so it’s all systems go for the preparations of the National Finals,” said Faivo Bartolome, RunRio”s local race organizer of the Laoag National Finals. “We believe that this will be a new and exciting experience as the finale will highlight Laoag’s vibrant culture that runners can appreciate. We look forward to welcoming MILO and all of the participants to celebrate Laoag’s significant milestone with us.”


Keeping true to its intent on providing a unique running experience, MILO has added and refreshed some features for this year’s National MILO Marathon. The race kit for this season has been updated with new item inclusions. In addition to the newly-designed, values inspired race singlet and bib in the race kit, registered participants of the 3K and 5K categories will receive a MILO sachet, while registered runners in the 10K category will receive a drawstring bag and MILO Nutri-Up sachet. Participants of the 21K and 42K races will get to receive a new finisher’s training hoodie when they complete the race during event proper. 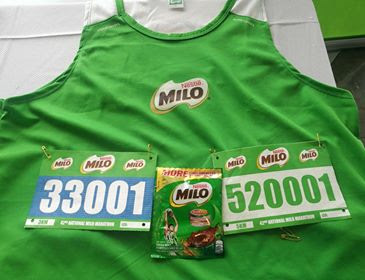 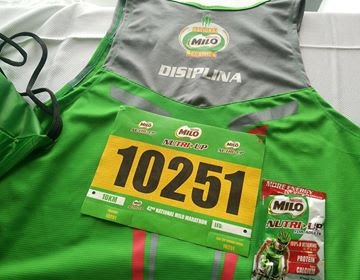 MILO has played an active role in helping underprivileged Filipino youth reach for their dreams by giving them brand new pairs of running shoes through the Help Give Shoes advocacy over the years. For 2018,  MILO will donate 1,500 pairs of shoes to deserving public schoolchildren across the country with the help of the Department of Education. In addition to the shoes, MILO will also donate 2,500 basketballs to deserving public schools nationwide. With this added initiative, MILO is beginning to expand its advocacy to reach more schoolchildren and get them into sports, and not just running.

“In our immersion and research, we found that there is an opportunity for more children to play and get into sports,” said Castillo. “We began encouraging children to get active through running, and getting them into sports seems to be the natural progression. We are donating basketballs as it is the most popular sport in the country. This new development in our advocacy is still aligned with our in our initiative to encourage more kids to lead an active and healthy lifestyle.” 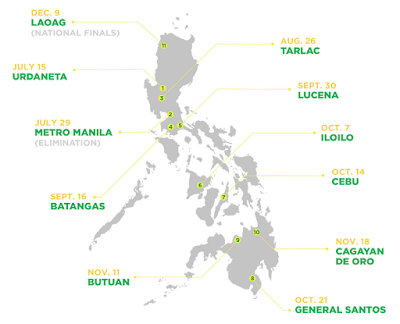 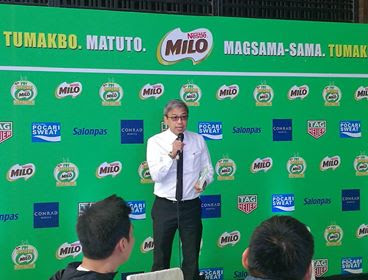 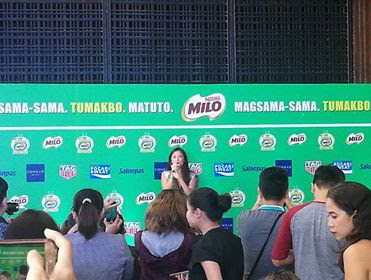