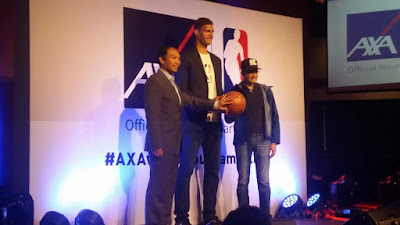 The National Basketball Association (NBA Philippines) draws up a new gameplan for financial planning as it engages AXA.

AXA, NBA Philippines' newly-appointed coach is expected to help grow the game in the country. It intends to impart financial literacy by way of the country’s most beloved sport.

AXA Philippines President, and CEO, Rahul Hora opens the event by sharing what the AXA-NBA Partnership is about.  “We want to use the medium of basketball to drive home two messages – the importance of financial planning and the critical role of coaching in developing a financial gameplan.”

There is an inherent risk involved in any athletic endeavor and AXA Philippines provides premium and league coverage for NBA youth basketball participants embarking on on an overseas NBA experience trip later this year as part of the multiyear partnership.  AXA Philippines  is set to back up   NBA’s grassroots programs in the country such as Jr. NBA and NBA 3X.

“This is a partnership to not only grow the game, but also to promote values that will resonate with Filipinos,” NBA Philippines managing director Carlo Singson said. 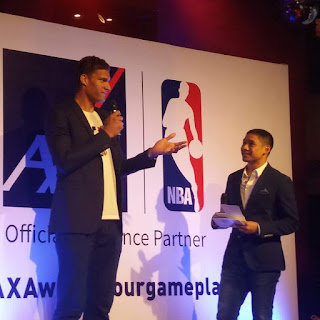 The announcement making  AXA the official insurance partner of the league in the Philippines, was done in a presscon at Hard Rock Cafe Glorietta with the special participation of 2013 NBA All-Star Brook Lopez.

The Brooklyn Nets’ all-time scoring leader, shared how his  insurance coverage provided the safety net he needs for protection.

In addition, AXA Philippines will conduct promotions to give its customers the chance to win exciting prizes and unique NBA experiences.

Join in the discussion at facebook.com/philsnba and on twitter.com/nba_philippines.  Visit www.axa.com.ph for more information on AXA Philippines.