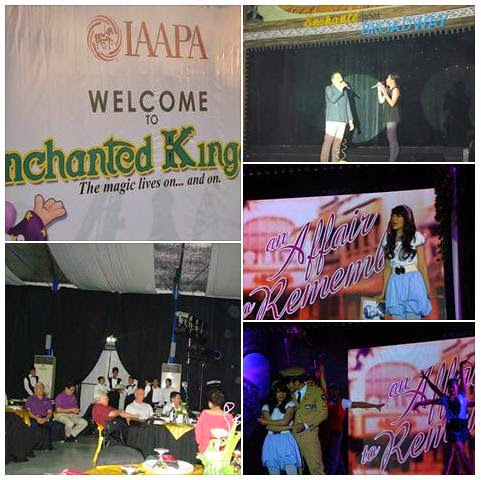 International Association of Amusement Parks and Attractions (IAAPA) delegates flew in the Philippines tonight to visit tourist destinations in Manila and Cebu.

IAAPA delegates were welcomed by Filipino hospitality. They were treated to dance and stage performances from Enchanted Kingdom's homegrown talents called Circle of Artists while enjoying Filipino cuisine.


Mr. Mamon said the future of amusement and attractions industry becomes even more promising because of IAAPA’s flagship programs related to safe operations and professional growth thus, he is encouraging more industry players to partake its advocacy.

By strengthening country membership in the like of Philippine Association of Amusement and Attractions (PhilAAPA), its members are expecting to benefit from capacity-building in the region through sharing of expertise and resources.