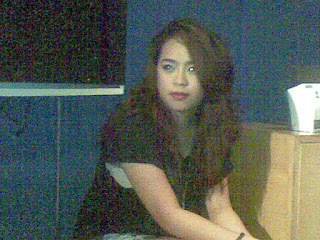 Who would think that Zendee Rose Tenerefe's video karaoke-singing at SM Megamall, taken by a video blogger, would go viral on the Internet with over 2 million hits?

It was no accident as Zeedee was a karaoke regular. She frequented karaoke bars in General Santos, Mindanao to showcase her talent. Zendee has been joining local singing-talent searches for a long time. It was fate ultimately, just like how it was for Charice Pempengco, herself a YouTube sensation once upon a time. 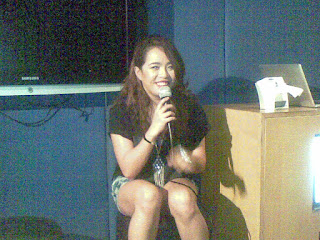 Zendee joined in ABS-CBN's X-Factor Philippines, Pilipinas Got Talent, Pinoy Dream Academy Season 3, and many more but it was the astounding YouTube video that brought her to Warner Music Philippines, which offered her a recording contract. And the rest is history.

The Random Girl who shot to fame singing Jennifer Holiday's  "And I Am Telling You"  is officially a recording artist.  Zendee releases her first single "Runaway" under Warner Music Philippines.  Runaway is about rising above one's circumstances and not allowing difficulties to get in the way of aiming for dreams.  It greatly expresses was Zendee did in real life.  This first song and first single was a natural choice for both Zendee and Warner Music as it showcases Zendee's powerful and soulful voice.


While recording with Warner Music Philippines, Zendee keeps herself busy with frequent TV guestings on Party Pilipinas, Manny Many Prizes among others.  See is also busy performing in different shows nationwide.

Written by Andrew Fromm, "Runaway" is the first local recording to be mastered for iTunes for the Philippines by Warner Music Philippines and Asia Pacific.

Preview and download Zendee's Runaway single on iTunes! Be sure to watch out for updates and her music through the following media sites:
www.zendee.com.ph
http://www.facebook.com/Zendee.Music
www.twitter.com/ZendeeOfficial
http://www.youtube.com/zendeerosetenerefe
iTunes music Philippines Warner Music YouTube