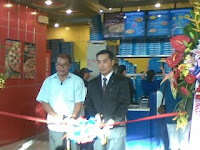 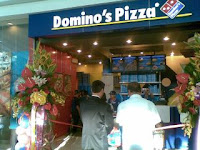 Las Pinas dwellers can now indulge in Domino’s Pizza’s best-sellers: ExtravaganZZa, MeatZZa, Double Decker, Pepperoni Feast, Hawaiian and Domino’s Deluxe flavors. For adventurous palates, the exclusive Potato Pizza and Margherita are sure to be real treats. Also a must try is the sin-free Shrimpus Pizza and satisfy your cheese cravings with Domino’s Cheese Mania. 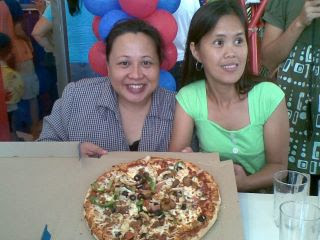 Complimenting the goodness of Domino’s Pizza’s piping hot pizzas is an exciting variety of pastas and side dishes to boot. Domino’s Pizza also serves Buffalo Chicken Wings, Meaty Bolognese Spaghetti, Creamy Alfredo Spaghetti, Cheesy Bread, and the Choco Lava Cake and Apple Crumble Dessert Pizza for your sweet tooth. All that, plus the excellent customer service that Domino’s Pizza is known for world-wide.

Domino’s Pizza has more than 9,000 stores in more than 65 countries with over 175,000 employees and 2,000 franchisees. As The Pizza Delivery Expert, Domino’s Pizza is the master of pizza innovations that have become the benchmark of industry standards. Domino’s Pizza introduced the fiberglass pizza box case and has made improvements on the corrugated pizza box. Domino’s Pizza exclusively uses its patented Heat Wave technology, which is the reason pizza lovers the world over get to enjoy fresh, hot, and delicious Domino’s Pizzas all the time.


Give in to your pizza craving with Domino’s Pizza’s line up of appetizing pizzas that are sure to arrive at your doorstep in 30 minutes or less—or your pizza is FREE. Just call 576-3030 for delivery within Pasig City; call 754-3030 within Makati City; call 553 3030 within Muntinlupa City and now in Las Pinas City at 519 3030.

Visit www.dominospizza.ph for the maps, current promotions, and menu of delicious, piping-hot pizzas from The Pizza Delivery Expert, Domino’s Pizza.