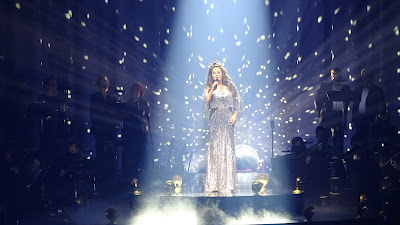 International superstar and  Grammy-nominated soprano actress Sarah Brightman starts a new Christmas tradition, by taking her "A Christmas Symphony" Tour internationally and onto the Big Dome this December 7, 2022.

Make the Holidays more magical with the Angel of Music as she serenades the Filipino audience with some of the most beloved Christmas carols at the Smart Araneta Coliseum. To further heighten the festive mood in this once in a lifetime music experience, Brightman will be accompanied by an orchestra and choir.

She is expected to sing Christmas standards like “Silent Night,” “I believe in Father Christmas,” and “Happy Xmas (War is Over).” But aside from those masterpieces, she will also sing some marvelous Andrew Lloyd Webber creations and covers such as “Pie Jesu” and “A Christmas Dream.”

“Sarah Brightman is the world’s biggest-selling soprano. That’s why we know that this concert is a holiday treat for her Filipino fans. This is one of the most anticipated shows this Holiday season, so we hope that Filipino music lovers will book their tickets early,” Irene L. Jose, COO of Uniprom said.

Brightman is widely credited as a pioneering force in the classical crossover music movement and is globally renowned for her vocal range of over three octaves. She has the distinct record of being the only artist to have simultaneously topped the Billboard Dance and Classical Music charts.

She has sold over 30 million units and has received 180 gold and platinum awards in over 40 countries. One of her most iconic works is “Time to Say Goodbye” which she sang with Italian tenor Andrea Bocelli. But aside from her stellar music record, the Grammy Award-nominated artist also made a name for herself in musical theater, as she originated the iconic role of Christine Daaé in the smash hit Phantom of the Opera. 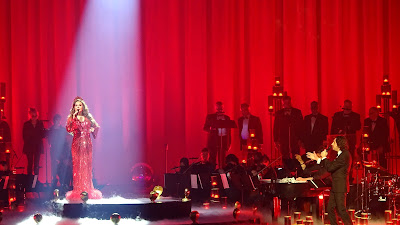 Meanwhile, Sarah Brightman’s “A Christmas Symphony” has had many iterations in the past years. In 2020, A Christmas Symphony was a livestream event which was seen all over the world. Last year, the American public broadcaster PBS aired A Christmas Symphony throughout November and December. The latter was shot at the historic Christ Church Spitalfields in London and the venue was transformed into a winter wonderland to evoke the magnificence of this musical extravaganza. Now, the special is Brightman’s first-ever Christmas tour that is being brought to many countries around the globe and enchanting audiences the world over.

“Christmas is a special event for us Pinoys,” Jose said. “This special music event promises to make our Holidays more remarkable through the power of music. So, make sure that you don’t miss out!”

To purchase your tickets for Sarah Brightman’s “A Christmas Symphony,” please visit ticketnet.com.ph
You may also like and follow TicketNetPH on facebook or call 8911-5555 for more information.