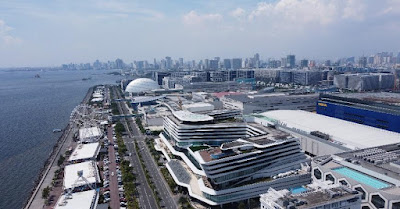 The SM Mall of Asia (MOA) is a popular destination for unforgettable gastronomic and recreational experiences. This 67-hectare Mall of Asia Complex was deemed to be the Philippines' largest shopping mall located at Bay City, Pasay, Philippines, within the SM Central Business Park when it opened in 2006.

Did you know that the reclaimed area within Manila Bay on which MOA stands is engineered to withstand disasters caused by natural hazards? The foundation of the Mall of Asia Complex was built to be safe and secure because SM Prime Holdings, Inc. incorporates disaster resiliency measures in every project, with the MOA Complex as one of its biggest investments.

As one of Southeast Asia’s largest integrated property developers, SM Prime collaborated with a team of local and international experts to ensure the feasibility of both water and land before the MOA complex was built. and once finalized, Belgium’s renowned coastal development construction company, Jan de Nul, developed it from the ground up.

Jan de Nul made sure the terrain was stable and the complex’s roads were made resistant to earthquakes and erosion, in accordance with the National Structural Code of the Philippines and approved by both the Philippine Reclamation Authority and the National Government. 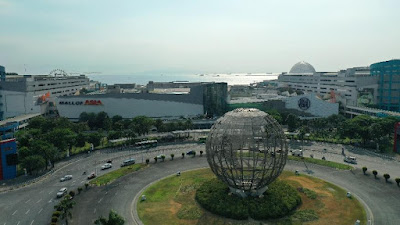 Three important disaster resiliency features were used in protecting the Complex and the coastal community of Pasay from tides and waves: One, a three-kilometer seawall built to stand against liquefaction; two, a meter-high inverted wave return to serve as defense against high waves; and three, a drainage channel to prevent floods during storm surges. This was put to test when Typhoon Pedring hit in 2011, and the Mall of Asia Complex was spared from destructive waves and flooding that submerged many other surrounding establishments.

As an added feature, both the Complex’s main road and all its structures are elevated 4 meters above the parameters set by the National Building Code. Pilings strengthened its foundation and greatly improved its soil bearing capacity.

Family fun, leisure and entertainment are the objectives behind the awe-inspiring grandeur of SM Mall of Asia, but this vision is founded on a commitment to safety and a secure foundation throughout the Complex. This is a firm philosophy of SM Prime Chairman of the Executive Committee Mr. Hans T. Sy, a champion for disaster resilience, who continuously invests in DRR and in allocating 10% of the company’s expenditure for DRR in all of SM’s infrastructures throughout the country.

“Today, disasters have become more frequent and severe. The government and the private sector must work together to find solutions for greater resiliency. SM prime as a responsible property developer places Disaster Risk Reduction as one of its core strategies. It simply makes good business sense.” emphasizes Mr Hans Sy. He believes that  DRR  effectively grows the business as it protects the communities where SM is located amid the increasing risks of climate change.


Today, the MOA Complex is a bustling realization of Mr. Henry Sy Sr.’s grand vision for it to become both a premiere integrated leisure destination with a complimentary business and lifestyle district – one of the country’s  revolutionary mixed-use developments, and a thriving example of disaster risk reduction at work.

So the next time you visit the MOA Complex to visit the world’s largest IKEA, to view the sunset from the top of the MOA Eye, or to simply shop and dine with your loved ones – it will be good to know that SM Prime has  your safety and security on top of mind from the moment it was conceptualized in 2006 up to today and beyond.