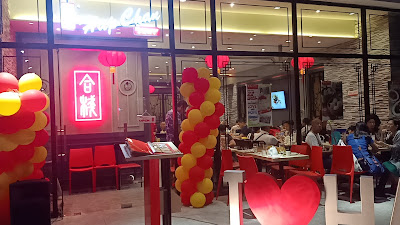 I had a chance to visit Hap Chan's 109th branch at the Ayall Malls Manila Bay, which officially opened on September 26, 2019.

If you often crave for Hap Chan's short orders and dimsum offerings, you might want to dine in at the Ayala Malls Manila Bay branch which is particularly strong on Chinese banquet cuisine. You''ll never go wrong with their good meals. 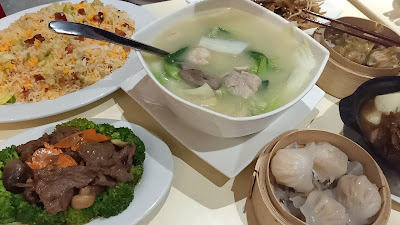 Hap Chan offers an extensive line of food choices for all members of the family. They got everyone covered, which makes it a go-to place for Chinese cuisine.

It has built a reputation for being the best place to get Chinese food that loyal patrons of Hap Chan would patiently wait in queues for their chicken,  noodles, dimsum and congee. 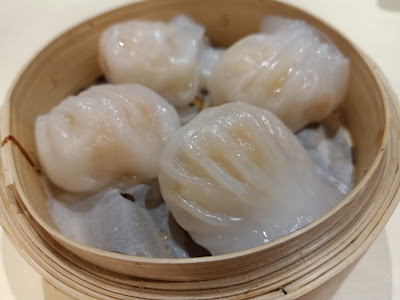 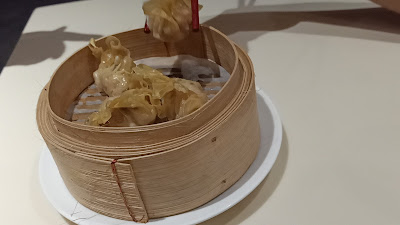 Our meal started with dimsum samplings that included Hakaw, and Sharksfin Dumplings. Hakaw (Shrimp Dumplings, P 145) had huge chunks of shrimps, while Sharksfin Dumplings (P 100) were dense and chewy the way I like it. These two dimsums are crowd-pleasing appetizers that perfectly starts a casual dining experience. ​ We were also served Stuffed Eggplant. Deep-fried, Stuffed Eggplant Rolls are crunchy on the outside. I love the flavor these seafood-eggplant rolls make. It has that sweet tang that bites through it thick golden crust. These hors d'oeuvers come in big portions---enough to satisfy anyone's cravings. 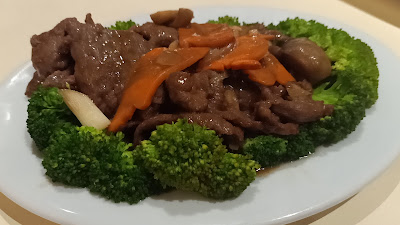 Beef Broccoli is definitely one that I would recommend. The crisp broccoli bits adds texture to the tender strips of beef tenderloin! This dish has everything worked so well! 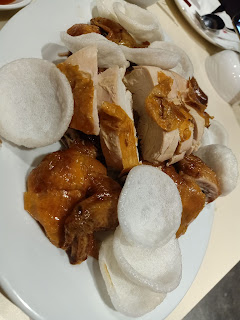 The Fried Chicken is uncomplicated cuts of tender chicken meat with crackers on the side. I love their heirloom recipe. Biting into the tender and juicy meat under the crunchy chicken skin is heaven!

Make the trip to Hap Chan Ayala Malls Manila Bay and be rewarded with freshest and highest-quality dishes.