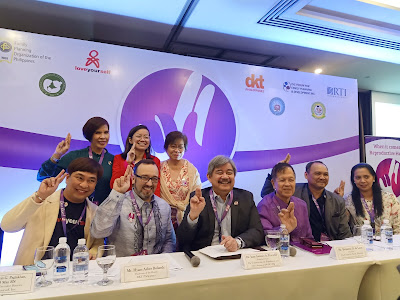 Earlier today, a coalition of 11 organizations convened at Ascott Makati Hotel to spearhead the #DoItRight campaign with a distinctiven andh sign which  calls  upon Filipinos to support Reproductive Health and Family Planning.

While Reproductive Health is still a topic most Filipinos are uncomfortable talking about, the rise in HIV cases and unwanted pregnancies calls for a much needed enlightenment about sex and the use of contraceptives. The #DoItRight campaign aims to educate the public to help them make informed decisions regarding reproductive health.

In his keynote speech, POPCOM Undersecretary Juan Antonio Perez III said that "there are now 7 million women using the modern method of family planning and there are still 4 million remaining unable to do so because they are still using the traditional method".


The  coalition has set up facebook.com/DoItRightPH to serve as the focal point for the campaign.