Pensionado card is a revolutionary loyalty rewards program across Countries

on May 18, 2019
Earlier this evening, Pensionado card was officially launched in a gathering held at 12 Monkeys El Pueblo in Ortigas, Pasig City. 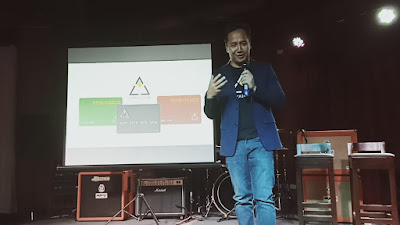 Pensionado is LoyalCoin's loyalty reward program that aims to give mass consumers an access to benefits, deals and vouchers of the world's most recognized brands across food, beverages, retail and travel industries. The revolutionary Pensionado card allows customers to accumulate, combine, and monitor points in just one account from all the LoyalCoin brand partners.

Whenever you buy something from PENSIONADO partner brands, you will earn a token referred to as Loyal Coin (LYL). Each LYL will be stored in the blockchain-backed “Loyal Wallet“. LYLs have no expiry and may be used to redeem rewards in the Philippines or abroad. Established in 2017, the Local Block chain firm LoyalCoin now operates in the United States, South Korea, Singapore and Japan.

According to Loyal Coin Founder and CEO Patrick Palacios, they have partnered with the biggest gift card program provider in the US so that Pensionado members would soon be able to redeem UBER, Best Buy, Starbucks and Amazon gift cards.

Members may also use their LYL to transact online or even have the option to convert their balance into bitcoin or withdraw as Philippine Pesos.