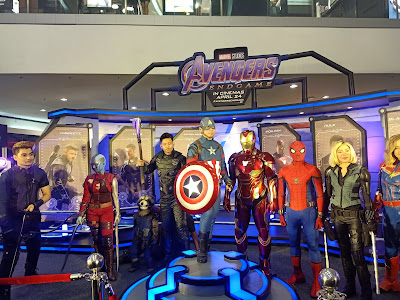 The universe is in ruins after the devastating events of Avengers: Infinity War (2018), in which the evil demigod Thanos wiped out the universe. With the help of allies, the remaining Avengers take their final stand to restore order in the universe in Marvel Studios' conclusion to its twenty-two films----Avengers: Endgame.


This April 2019, SM Cinemas has partnered with Walt Disney Philippines to give its #Marvel fans and mall-goers an interactive Avengers: Endgame experience which goes around the country on these dates: