on March 13, 2019
Last March 13, 2019, the largest Video-on-Demand service in Southeast Asia, has announced its first foray into Filipino originals with Ulan. 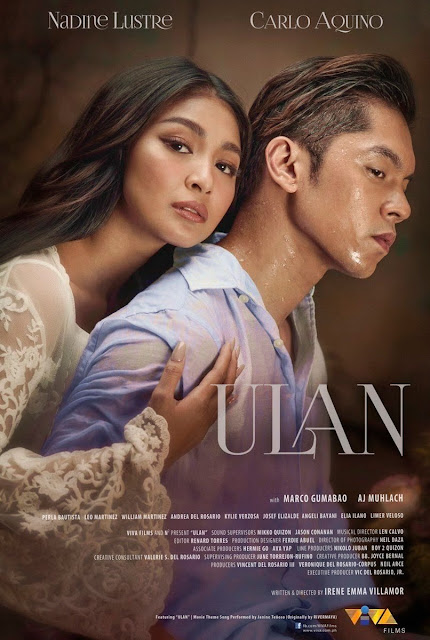 Ulan is HOOQ’s first Original Movie from the Philippines, in partnership with one of the country’s most renowned and respected production companies, Viva Films. Ulan will be playing in all major cinemas nationwide starting March 13.

“This is a significant milestone for HOOQ and HOOQ Originals. We are continiuing with our promise to bring the very best content from the most promising and talented actors, scriptwriters and directors in the Philippines and across Southeast Asia. Ulan is already one of the most highly anticipated titles of the year, and the first of many more HOOQ Original Movies to come. To partner with Viva on our 1st HOOQ OriginaI film is super exciting. Viva is a power house here and we look forward to doing more with them in the future”, said Jennifer Batty, HOOQ Chief Content Officer

After losing her parents in a stormy sea, Maya was left in the care of her grandmother (Perla Bautista). Perla tells her that the reason why sometimes rain falls while the sun is still shining is because "may mga tikbalang na kinakasal". The heavens cry as the mythical creatures seal their forbidden love in marriage.

The sunshowers remind her of the time she witnessed tikbalangs in their moment of bliss, and the orphan Maya soon builds her romantic fantasy around the local folklore's fairy tale ending.

The film follows the young adult Maya through her of pre-empted romance with former college classmate Mark (A.J. Muhlach) and short-lived relationship with Andrew (Marco Gumabao), whom she met in a wedding event where her bestfriend Topi (Josef Elizalde) was the couturier. She finally gets lucky in love with Peter (Carlo Aquino), the man who made her trust in the Tikbalang stories and her own capacity to love.

Get over 30,000 hours of hit movies and TV series including titles from HOOQ local partners when you subscribe.