Nanay Tatay, written and performed by Chud Festejo , won the hearts of the judges and the crowd of PhilPop 2018. The winning piece hailed him the Grand Champion among the ten finalists who competed during PhilPop Finals Night 2018 on December 2, 2018 held in Capitol Commons, Pasig City.

Nanay Tatay is a song that talks of the “innocence and vulnerability” of child beggars— naive of the world they live in, and susceptible to the harm society might inflict to them. The song gives off a dark feeling, arranged with an eerie “horror” scoring combined with a horrendous social situation for a message. “Kinonek ko ‘yong horror na feeling and ‘yong social situation na nakakatakot ‘pag nandoon ka,” Festejo says. “Hindi sya sung usual eh. Andaming mga strong performances. But the performance (of Nancy Tatay) was still really strong, as in I got teary-eyed listening to it. It was a sure win for me. I was happy na, apparently a lot of people like it.” Veteran artist and composer Ms. Trina Belamide, who is among the roster of judges, expressed her delight with the result.

Nanay Tatay also won the Maynilad Best Music Video with the direction of Ryan Evangelista. The 1st Runner Up for the competition was Ferdinand Aragon, with his love song ‘Di Ko Man, which he, too, himself interpreted. The song, written in Bisaya, is a “contemporary harana”. As Aragon explains, “I just wanted to write a Bisaya song that people can use to sing to their loved ones. They can use it in their weddings, so the song really is a very pure and innocent love song.”

As for 2nd Runner Up Jek Buenafe, the experience can be only described in one word: “surreal.” His composition “Ako Ako” was interpreted by his own band, Feel Day, featuring Hans Dimayuga.

Selected by the Pros

Prior the event, a pool of distinguished and most respected songwriters, music educators, and practitioners rated the quality of melody, lyrics, lyric production, and overall brilliance of the compositions that constitute 40% of the scores. The other 60% was determined by the ratings given by the competition’s distinguished judges, by the following criteria: (1) excellent craftsmanship in lyrics, melody, production, and performance, and (2) unique qualities and universal appeal to create masterpieces that can stand the test of time. 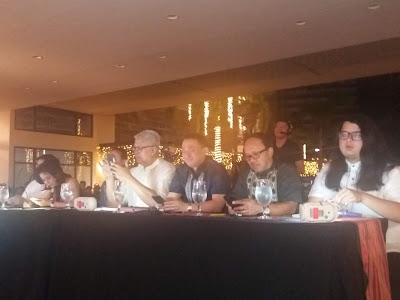 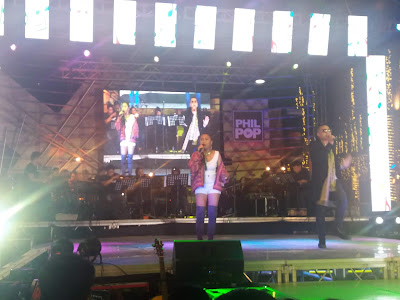 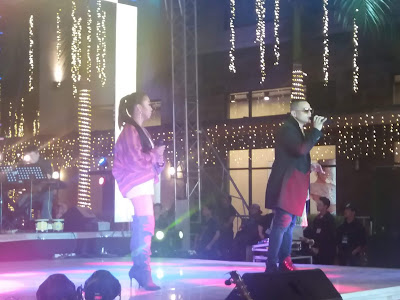 A Festival of Linguistic Diversity in Music One remarkable thing that made PhilPop 2018 exceptional is opening its doors to regional music. PhilPop 2018 has defined the beautiful diversity of the OPM genre—recognizing musical masterpieces written in varied dialects like Bisaya and Hiligaynon, and marking the expansion of opportunity for musical artists from different parts of the country to be heard and appreciated.

“This is a significant year for PhilPop. The foundation has created bold statements this year, from empowering regional songwriters to join the competition to dispelling the old- format that star power is required for a winning song. We have a relatively unknown but talented songwriter from Davao who won the competition, and who was a product of the PhilPop Songwriting Boot camp in Davao in 2017.” PhilPop Executive Director Dinah Remolacio proudly states the vision of PhilPop to uplift regional music. PhilPop is yet on its 7th year of an unending legacy of enriching OPM. Moving forward, aspiring songwriters can continue making their dreams come true with PhilPop, as they are still up for greater actions in the years to come.

“Definitely, the Songwriting Boot Camp will push through in 2019 that will prepare us for the big 2020 music festival again. It’s gonna be every two years,” PhilPop Executive Director Dinah Remolacio assures.