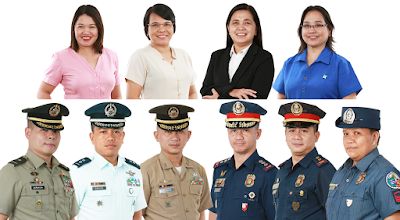 Four teachers, three soldiers, and three police officers make it to Metrobank Foundation's Outstanding Filipinos 2018 line up. As a career-service award for Filipino exemplars in the academe, military, and police sectors the ten (10) Metrobank Foundation Outstanding Filipinos awardees were presented to the members of the media last August 9, 2018. Each awardee will receive a cash prize of PhP 1 million each (net of tax), a gold medallion, and a trophy.

Guided by the theme of “Beyond Excellence”, a Metrobank Foundation Outstanding Filipino is recognized for rendering service above and beyond his/her call of duty. His/her accomplishments must have inspired and influenced their peers as well as the people in their respective communities. Their works must have transformed a community with a lasting positive impact on people and to the country. 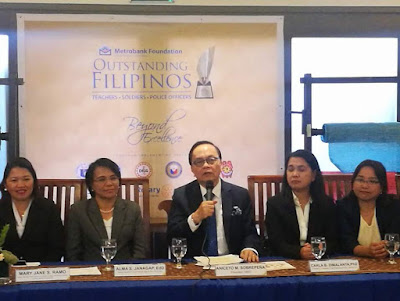 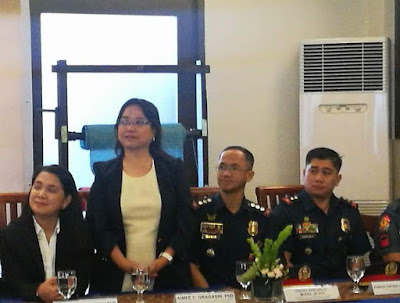 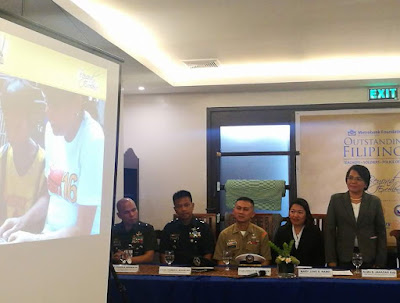 “We again present 10 Outstanding Filipinos who embody the best in our people and are recognized for their steadfast commitment to inspire change for others to emulate,” said Metrobank Foundation president Aniceto Sobrepeña. “Their stories of triumph and resilience inspire us, as individuals and as a community, to strengthen our commitment to building a better future for our nation. It is our privilege to let their light shine so that many more may benefit from their example,” he continued.

The awardees underwent a rigorous selection process and were selected from hundreds of nominations. A Board of Assessors, composed of members from the government, academe, military, and media sectors, pre-determined the semi-finalists through document review. The accomplishments of the semi-finalists were field validated by third-party organizations, the Philippine Social Science Council (PSSC) and the National Defense College of the Philippines (NDCP). The field validation determined 19 finalists whose work has inspired and influenced their peers as well as the larger community with a lasting positive impact.

Joining the ranks of 655 outstanding public servants recognized by MBFI since 1985, the awardees will be honored during the formal conferment ceremonies on September 7, 2018 at the Metrobank Plaza, Makati City as part of Metrobank’s 56th anniversary celebration.