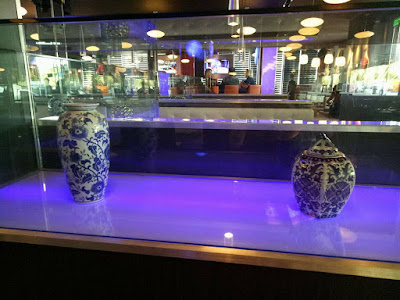 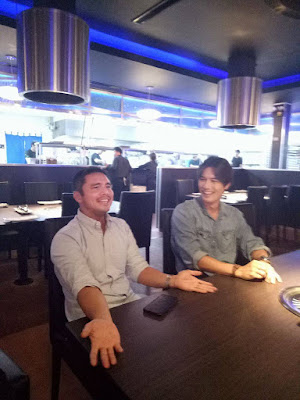 Marvin Agustin, a managing partner of Excello Restaurant Management Group, brought in Gen Korean BBQ House, a giant “cook and order-all-you can” Korean barbeque concept from California. He and his kids got together with Ricky Kim’s family to celebrate the success of Gen’s grand opening.


Ricky Kim, is in the country to oversee the very first Gen Korean BBQ branch outside the US as Gen Korean BBQ’s Marketing Director. Like Agustin, Kim also transitioned from being an actor to an entrepreneur. He has appeared on a Korean show “Oh my Baby” and in several Korean dramas.

When asked about the similarities of being in the entertainment industry and the restaurant business, Agustin shared that both end goals are to make people happy at the end of the day. “As an actor you make fans and casual viewers happy with your work in movies and TV, and as a restaurateur we make people content with good food that we deliver,” said Agustin.

The two men are definitely hard-working and devoted dads with time to spare at a sizzling hot new resto, with the best meats you can grill.

For great tasting meat, delectable Korean side dishes and great service, visit the Fil-Am fave at SM Moa by the Bay. For more information, like Gen Korean BBQ on Facebook @GenKBBQPH and follow us on Instagram @genkbbq_ph.