When Denny's Manila opened its doors last October 2016 via The Bistro Group, it caused a massive stir in social media. Denny's is America's 24/7 diner famous for their affordable all-day breakfast menu and people have been anticipating the grand opening of their first flagship restaurant in Manila. 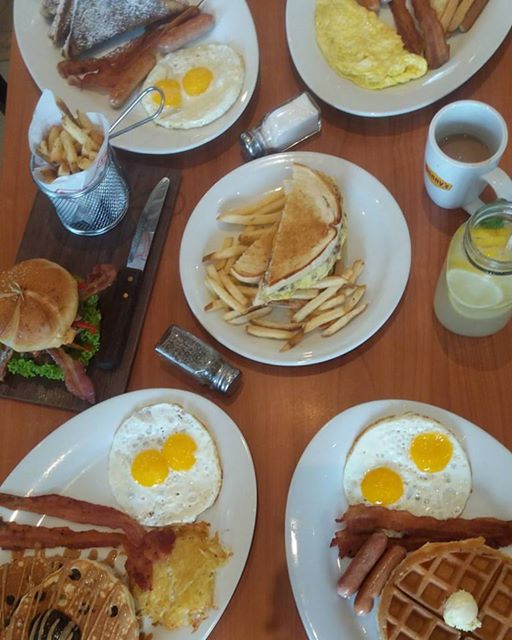 I joined in the Zomato meet up to sample some of their breakfast lineup. I love their take on Bourbon Bacon Burger (P 525).   It is a hand-pressed beef burger with bourbon glaze,  topped with cheddar cheese, bacon, sauteed mushrooms and onions burger.  It comes with seasoned fries, which were the best I've had in a while. 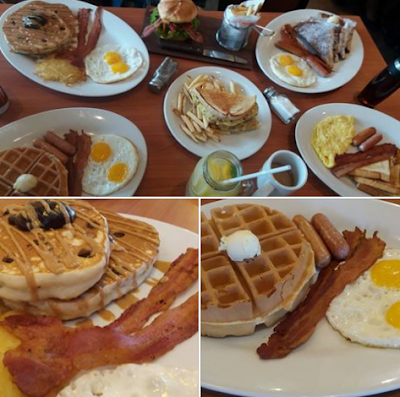 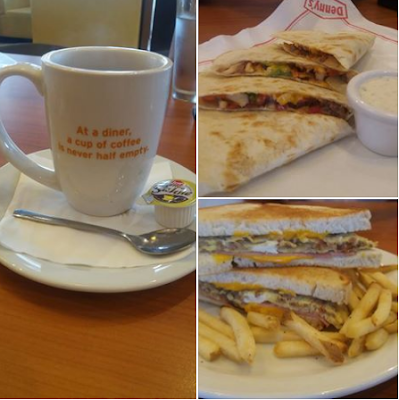 Quesadilla (P 395) is one of my favorites!  The flour tortilla is filled with roasted seasoned chicken, crumbled sausage, bell peppers, onions plus loads of melted American cheese.  It comes with ranch dressing on the side.

Choco Overload Pancake (P 395)  makes a complete breakfast  as it comes with two buttermilk pancakes, two eggs, two strips of bacon and hash brown. The fluffy pancakes is a sight to behold with with hot fudge on top and peanut butter sauce drizzle.  When I took a bite, I was surprised to find white chocolate and chocolate chips in inside! 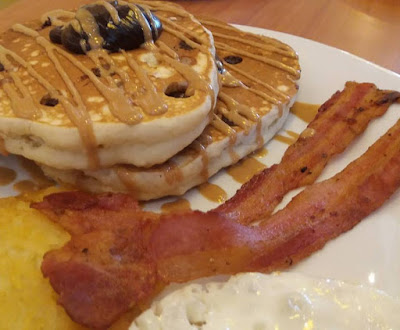 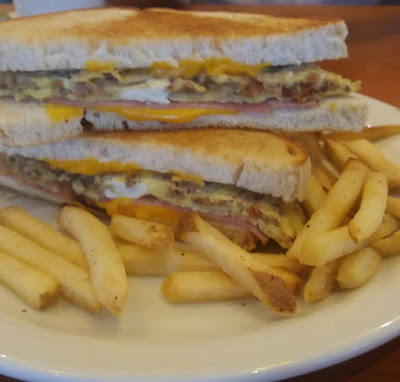 Grand Slam Wich (P 395) is another favorite of mine!  It is great sandwich packed with flavor.  This Slamwich is made with scrambled eggs, crumbled sausage, bacon, shaved ham and American cheese. The freshly toasted bread is served with fries. 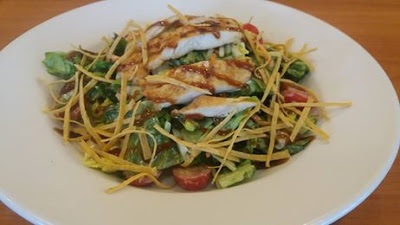 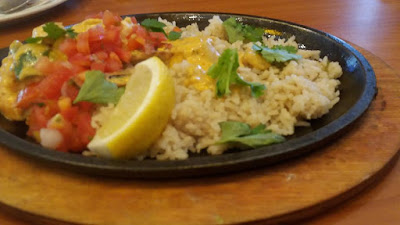 Cajun Shrimp (P 385)  are shrimps mixed with bell peppers andseasoned with Cajun spice.  It is   served with cilantro pilaf rice, topped with parsley and a lemon wedge.

Check it out soon.