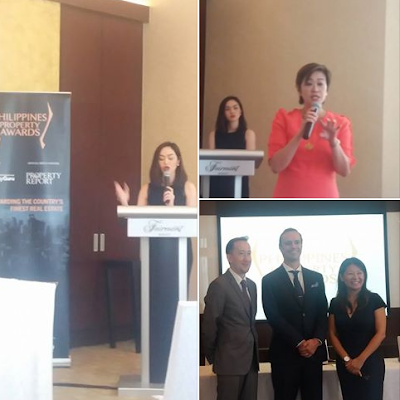 Philippine Property Awards 2017 is now on its 5th year with new categories. The fifth edition of was officially opened on August 31, 2016 with a press conference held at Fairmont Hotel.

The country’s biggest annual real estate awards and an acclaimed international event organized by the PropertyGuru Group is celebrating its landmark fifth year of finding the best property developers and developments in Mega Manila, Metro Cebu, and Davao.

“We are grateful for the incredible support from developers, sponsors, media partners, and business associations over the years—without it, there would be no fifth edition of the Philippines Property Awards,” said Terry Blackburn, founder and managing director of the Asia Property Awards. 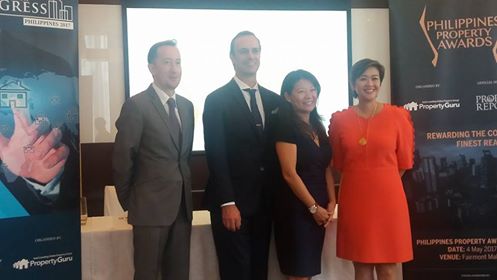 The 2017 awards is bigger and better with new categories, such as Special Recognition in Sustainable Development that will recognize the green initiatives of outstanding developers across the country. In addition, the new awards for Best Mixed-Used Development and Best BPO Office come into play as well, reflecting the rapid growth of these sectors.

“The participation from major and up-and-coming developers continues to grow year after year because they understand the impact of the Awards in the industry. In the last five years we’ve seen the awards program expand to include categories specifically created for developments in regional markets such as Cebu and Davao. It is a reflection of a strong Philippine real estate sector that is focused on improving quality and sustainability”, Blackburn added.

BDO, one of the world’s largest accounting and auditing firms, continues to be the official judging supervisor to ensure that the entire nomination and judging process will be fair and transparent to the public. A couple of new judges have joined the panel as well.

Prior to the black-tie gala dinner set to take place on May 4, 2017, at Fairmont Makati, the official hotel venue of the Awards, a new Real Estate Personality of the Year will also be named by the editors of Asia’s industry-leading Property Report magazine.

The Philippines Property Awards promotes the country’s best current developments and latest innovations to a wide international audience across Southeast Asia. As always, the “Best of the Best” winners from the Philippines will compete in the regional grand finals at the South East Asia Property Awards held annually in Singapore, opening up their businesses to new audiences around the region. Philippine developers who have won at the grand finals include Ayala Land Inc., which was named Best Developer (South East Asia) in 2014.

For more information about the Philippines Property Awards,do visit AsiaPropertyAwards.com/philippines-property-awards.