Gabay Guro continues to build the nation, one teacher at a time

on September 17, 2016
Being a teacher is a noble profession. Teaching is a tough way to make a living, but they pride themselves in making sacrifices to improve the lives of their students. These teachers have an inner drive that helps them realize that their hard work helps improve their students’ quality of life.

Recognizing the important role that teachers do, like-minded PLDT and SMART executives banded together over coffee with a common dream of being a catalyst of change in the lives of teachers. From that assembly, Gabay Guro was formed and became PLDT-Smart Foundation's CSR arm. It has managed to thrive on volunteerism since then. 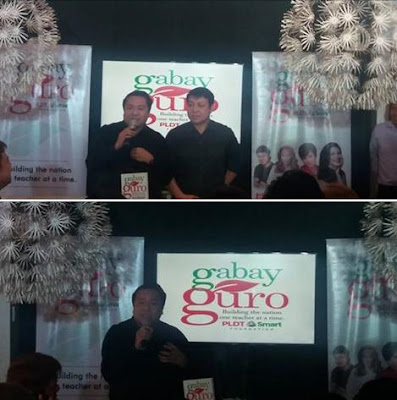 Gabay Guro’s initiative on Broadband and Computerization has had great impact especially in far-flung public schools across the country.

To date, there are 47 partner-schools who were recipients of mobile school package. This may either be computers/laptop or internet connections from PLDT or Smart. The foundation has conducted trainings for over 16,000 teachers in the course of 9 years. Gabay Guro sees 20,000-strong membership this year.

Knowing that shortage of educational facilities is a major disaster area in the Philippine education system, Gabay Guro has taken the cudgels in the construction of classrooms in the provinces, mostly those that have been hit by debilitating calamities. There are over 40 classrooms constructed and donated already in the provinces of Cebu, Bohol, Leyte and Capiz. 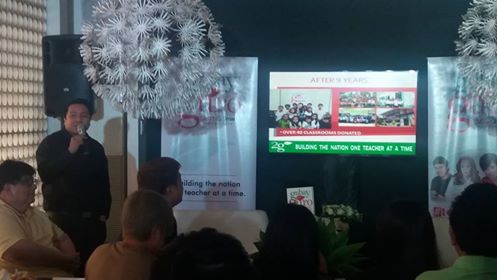 Gabay Guro has grown to be the force that it is today. Whereas in the beginning, there were only a couple of thousand member-teachers under its stable, 2016 sees 20,000-strong membership (and growing!) at its helm and has easily taken over the leadership, the one that sets the bar of service, in all education-related NGOs around the nation.

Ms. Chaye Revilla and the Gabay Guro team of visionaries with her in the foundation, were propelled by this belief: “our nation’s children depend on our nation’s teachers to lead them to the future. And this teachers’ month, Gabay Guro gives tribute to those who teach the next generation of nation-builders.” 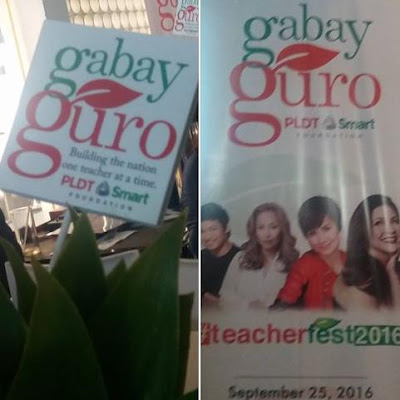 The pinnacle of Gabay Guro’s celebration is embodied in the tribute event held every year at the MOA Arena. Year after year, the organizers leave no stone unturned ensuring that it is in Gabay Guro where teachers get to be treated like royalty. Generosity at its finest, raffle prizes have grown to be the staggering house and lot and vehicle showcases and livelihood opportunities that they ar e today in every Gabay Guro tribute event.

PLDT Gabay Guro's tribute to teachers will take place on Septemer 25, 2016 at the SM MOA Arena aand coincides with celebration of the National Teachers’ Month.