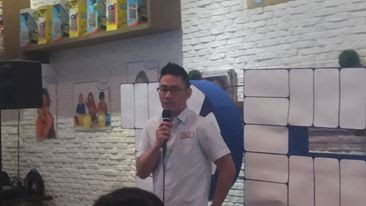 Last August 4,  2016, PEZ Candy Philippines held its first ever meet up with media and candy patrons at the EcoPlaza Makati City.

In the short program that followed, guests were oriented on PEZ Candy's history, and on PEZ Candy best selling collections such as the PEZ Star Trek Limited Edition, STAR WARS Pez Dispensers (Pack of 12) and Pez Sponge Bob Square Pants Assorment. It is said that one isn't famous unless a PEZ dispenser immortalizes his character! 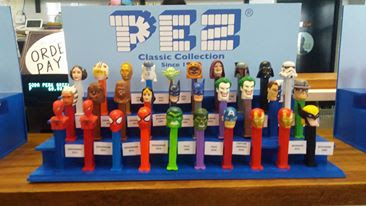 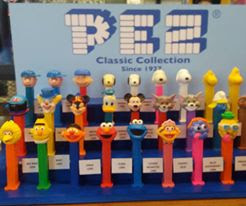 The first Pez candies were round and there mint dispensers, known as "regulars," were similar in shape to a cigarette lighter. The adult breath mints were invented by Oscar Uxa and marketed as an alternative to smoking.

Pez was first marketed as a compressed peppermint sweet in Vienna, Austria in 1927 by a candy maker named Eduard Haas III. Austrian inventor and businessman Eduard Haas III came up with the idea for PEZ in 1927. Haas came from a wealthy family of doctors and retailers, and as an anti-smoking advocate, he decided the small mints could help those trying to kick cigarettes. The 30-year-old Haas hired a chemist to perfect a cold-press process that would quickly and cheaply compress peppermint oil and sugar into peppermints.


The mints were named for the German spelling of peppermint—"pfefferminz"—nabbing three letters to make PEZ.The word PEZ was created using the first, middle and last letter in the German word for peppermint PfeffErminZ. Haas created the peppermints using family owned baking powders, and decided to serve the mints in small, hand-size tins, similar to the modern Altoids tins. Haas Food Manufacturing Corporation of Vienna was the first to sell Pez products.

In 1955, the Pez company placed heads on the dispensers and marketed them for children.


Pez candy has come in a wide variety of flavors over the years, including assorted fruits, sours, cola and sugarfree. PEZ has that chalky texture similar to a drink mix if it were compressed into a tablet. The candy color comes in a very pale brown with darker brown speckles in it. Most PEZ colors are fairly muted.

All in all, I think the chocolate isn’t going to satisfy the hardcore chocoholic, but it makes a nice change from the other options (cola, various fruit flavors, and Sourz) currently available.