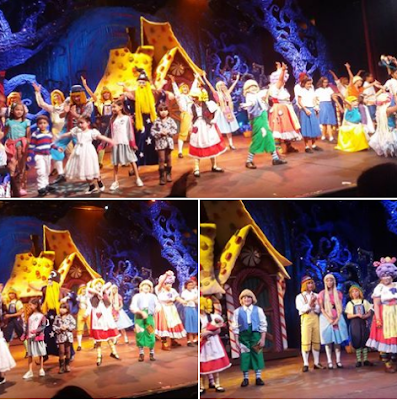 Watch Hansel and Gretel come to life as Repertory Philippines stages an adaptation of the story at the Onstage Theater, Greenbelt One, beginning August 13 to December 15. Read more at http://www.mb.com.ph/hansel-and-gretel-on-stage/#veV7x4fgaDJmEbyS.99

Repertory brings a new flavor in the theater as it strikes a balance between thought-provoking and entertaining plays that maintains a quality suitable for children. And after almost 24 years, Repertory Theater for Young Audiences (RTYA) is producing its very first original adaptation of the nineteenth-century opera by Engelbert Humperdinck. Joy Virata has written the book and lyrics of the classic fairy tale, “Hansel and Gretel,” a title they had never done before. Mrs. Virata used its more popular tunes, rewrote lyrics and wrote a whole new book for it to fit RTYA specifications – short, simple and universal.

Finding the material, however, was only the beginning. There were composers and arrangers to be found, costumes and sets to be designed, a production team to be assembled and actors to be cast.

RTYA's enchanting re-telling of the Grimm Brothers classic is sure to draw you in with its yummy visuals and enticing storyline with the musical adaptation done by Erwin Fajardo & Sach Castillo. The set was designed by multi-awarded scenographer, Mio Infante. “For Hansel and Gretel, I had a definite idea of what I wanted—completely “story book”, fantastical, set no-where, not real. Mio came up with the perfect set”, shared Mrs Virata.

Lost and alone in the eerie forest, the children learn that they can't judge a candy by its wrapper when they discover the sweetest of houses hiding the wickedest of witches. Hansel and Gretel have to work together to escape the sticky sweet grasp of the witch. Will they ever find their way home?

The casts who are alternately playing the characters in the play are: Bituin Escalante, Carla Guevara Laforteza, Ring Antonio, and Christine Flores as the Witch; Joshua Nubla, Allen Orolfo, Mari Yapjoco, Tori Cortez and Nathan Flores as Hansel; and Ella Gonzalez, Ashlee Factor, Michelle Cornejo, and Rayne Cortez as Gretel.

This tale of wit and wonder, tempting delights and twisted shadows, is sure to satisfy the entire family. Be sure to catch it! Book early as tickets are bound to sell-out.