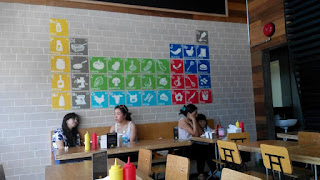 Yesterday, I joined in a ZomatoPH foodie meetup at Burger Geek. I found it across Molito Commercial Complex's parking area, back-to-back with Yoree.
The said joint is in its soft opening and we were privilege to get the first dibs on the what it has to offer.
Entering the restaurant, I couldn't help but notice its classroom theme. The left wall has a table of elements monicker that spells out the burger components instead. Above it is a chalkboard. The tables and chairs were reminiscent of highschool days--wooden tops and flanks with iron bases. 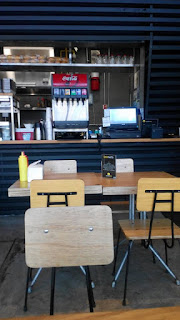 According to its owner George Kho, he used to own Brooklyn Pizza. After a decade, he sold the pizza business and decided on a new food venture. He wanted a business name that bears his name and hence, he came up with the word "geek". The idea stuck and Burger Geek was established.
This joint offers a wide variety of hearty, moist hamburger options for you to indulge in.

Mr. Kho shares that they do everything inhouse. They grind their own beef, make their own bacon and bake their own potato buns. Their fresh beef patties just use pepper and sea salt as seasoning. There are no fillers. They use sea salt as opposed to iodized one to come up with a perfect-tasting medium-rare burgers each time.  They found that the best time to salt is within minutes it hits the griddle.

For starters, we had complementary chips. They served us French Fries. Onion Rings plus BBQ Chicken Salad next. I think they had the best fried battered Onion Rings in town. 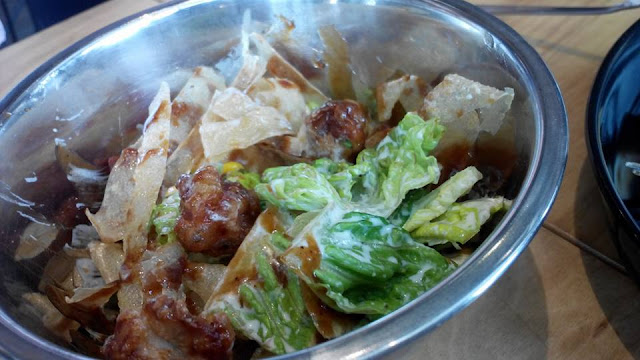 They use a blend of barbeque sauce / mayonnaise as dressing for the BBQ Chicken Salad (P 145) which gives it a splendid taste on the mix of chicken poppers, greens and fried wonton. 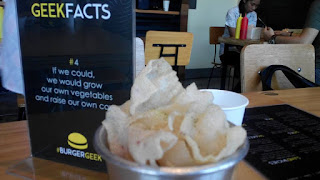 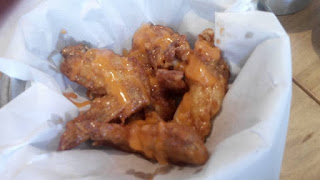 The attentive staff took our choice of burger. She offered their Buffalo Chicken Wings as they worked on our orders. Burger Geek's take on the Buffalo Chicken Wings had that subtle spiciness underneath its batter. Though tender and flavorful, the wingtips and chunky parts were not crunchy as I expect it to be. I love chicken with its skin fried to a crisp. 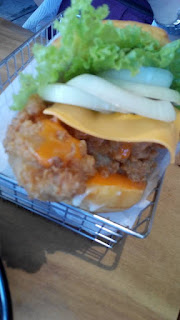 Burger Geek's Chicken Sandwich came in as a surprise. The perfectly-fried chicken tenders came in crunchy this time. It had the familiar heat and a pleasant hint of vinegar flavor in the Buffalo Chicken Wings we were served earlier.

I ordered The B. Mac (P 385) for myself. I'm quite adventurous and I wanted to try something out of the ordinary. It came out moist and tender just as I expected. It was juicy and had a good flavor. The two beef patties in my order were had lettuce, American cheese and a hefty portion of Mac & Cheese piled inside. I so love the flavorful blend it makes and I highly recommend this one. The slightly-sweet potato bun was squishy and soft. 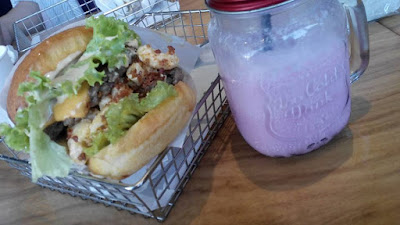 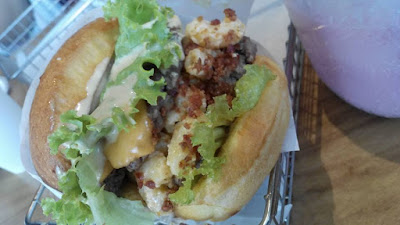 You can tell that a lot of effort has been made for these hamburgers. Head on to Burger Geek soon. It is a nice place to grab a simple meal and is one of the few places that serve milkshakes.