Under the Dome Season 3 premiers exclusively on RTL-CBS Entertainment 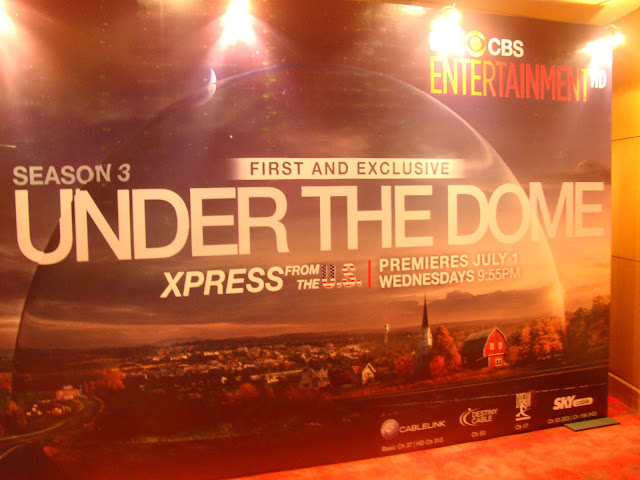 In an exclusive preview screening event, it was announced that the two-hour Under the Dome Season 3 entitled "Move On" premiere will air on on RTL-CBS Entertainment HD this July 1, 2015 at 9:55 PM.

This science-fiction TV series based on a Stephen King novel was such a hit that it received the "Most Popular Drama Series on Television” award in 2013. The town of Chester’s Mill was sealed off from the world by an enormous transparent dome that suddenly appears and area's inhabitants were forced to deal with the post-apocalyptic situation.

While the first two seasons focused on calamities and the big picture, Season 3 zooms in on the characters and their subplots. Loose ends will be tied up such as Melanie's return. 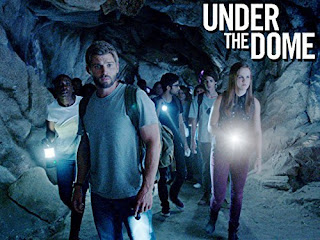 In the Season 2 finale, Barbie (Mike Vogel) led the search for a way out of the dome into the mysterious tunnels beneath the town. But not everyone made it out of the dome alive and this included Julia (Rachelle Lafevre). Barbie's efforts to come back for his love Julie proved futile.

With the love of his life gone, Barbie struggled moving on with his life after his mysterious experience in the tunnels beneath the town.

Barbie is reunited with the rest of the refugees in a field outside the dome when his girlfriend urged him to visit on Chester’s Mill once again. He sees Melanie (supposedly dead) walk down the street and vanish. He sets to unravel a mystery and discovers that residents appear both inside and outside of the Dome.

In Season 3, the Dome begins to reveal its real purpose and what it wants from the townspeople. New threats appear and unlikely alliances form. The townspeople are wary on whom they can trust. Battle lines are drawn that will alter relationships in ways none of them could ever imagine.

Joining the cast this season is Emmy Award® winner Marg Helgenberger as Christine Price, an therapist who helps the town’s residents cope with all the trauma associated with the bizarre phenomena that had cut them off from civilization.