on June 01, 2015
The Nuvali Fitness Weekend culminated with a Capoeira session conducted by Escola Brasileira de Capoeira (EBC) Philippines. Participants and viewers were addicted to beat of drums, the swooshing of legs and arms combined with music. The Capoeira was a mixture of body and soul, of dance and fight.


Capoeira is a symbol of Brazilian culture that combines dance, martial arts, play, sports and fun. Learning this holistic artform is a great way to exercising the body and mind. It expands one's physical and mental awareness.

You don't need to be super fit to start Capoeira. No previous experience is necessary to begin training. Anyone can benefit through learning Capoeira that it attracts people from many different backgrounds and age groups. 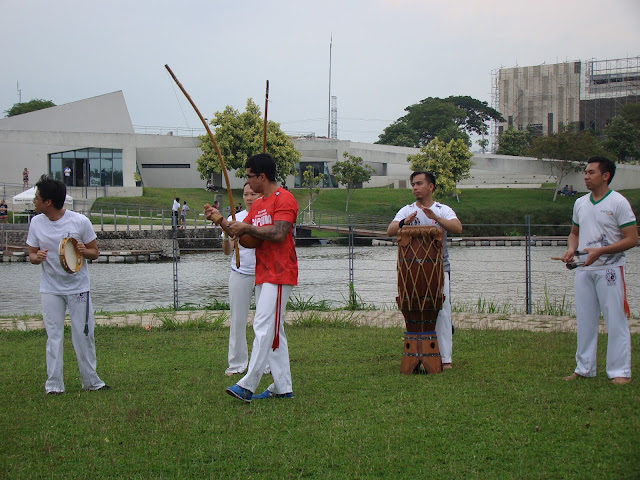 Capoeira began in the 1600s. This Afro-Brazilian art-form have been traced back to the time when African slavery in Brazil began, following the enslavement of Africans by Portuguese migrants inhabiting Brazil. Capoeira was created by imported Africans on Brazilian soil. It evolved as a means of expression of African slaves' yearning for freedom.

Forbidden from fighting or training, the slaves would disguise the practice with music and singing to make it look like a game. Capoeira was made to give slaves a chance to escape and to survive. Enslaved Africans created quilombos, hidden free states where runaways, outcasts and fugitives of mixed origin lived communally. Capoeira evolved from a survival tool to a martial art focused on war in these multi-ethnic communities, constantly threatened by Portuguese colonial troops. “Quilombo de Palmares”, the biggest quilombo, resisted at least 24 small attacks and 18 colonial invasions.

This art form created by African slaves and Brazilian natives has survived throughout hundreds of years of exploitation and suffering. Now, it brings huge physical and psychological benefit to those who enjoy it.

Capoeira helps develop excellent fitness, increased flexibility, strength improved coordination and balance. Capoeira is a marvelous exercise for the body as it involves all of the muscle groups. It uses strong kicks, dodges, fast counter-attacks, acrobatics plus simple take-downs.

Participants form a “roda” (circle). The game is led by music and singing. People take turns either playing musical instruments singing, or sparring in pairs in the center of the roda. The sparring is marked by fluid acrobatic play with extensive use of sweeps, and kicks. The pace of the movements must match the music’s rhythm. Constant repetition of movements and techniques makes Capoeira a valuable cardio exercise. 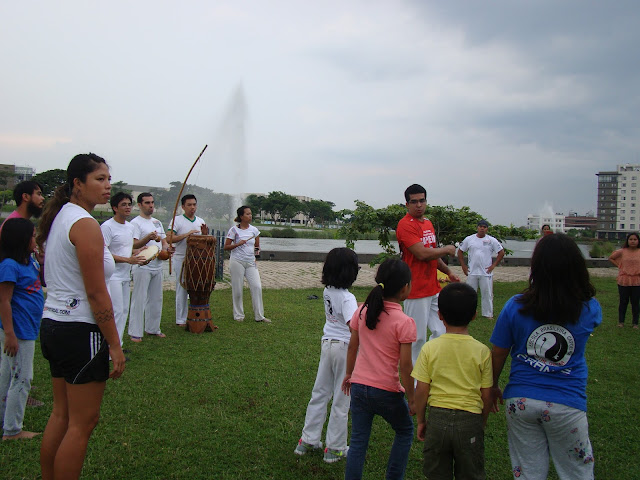 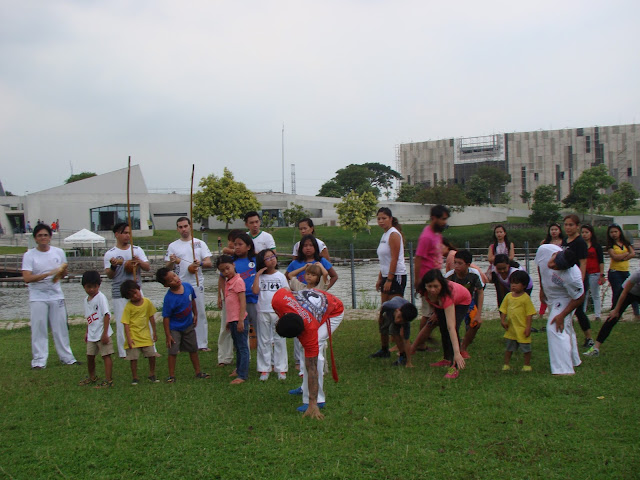 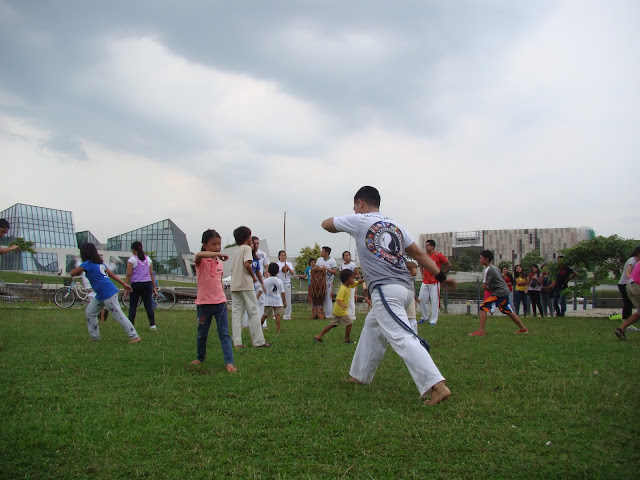 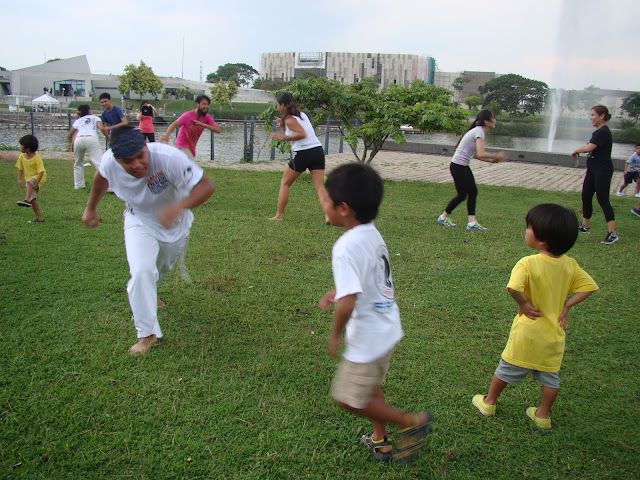 EBC Philippines was established in April 2003 to introduce Manila to Capoeira. The school started with fifteen (15) student and quickly doubled after the first major demonstration in Greenbelt a month after the school officially opened.

EBC Philippines in April 2003, Metro Manila was introduced to capoeira. The school began with a modest student count of fifteen (15), which quickly doubled after Escola Brasileira de Capoeira (EBC) Philippines' first major demonstration in Greenbelt a month after the school officially opened. 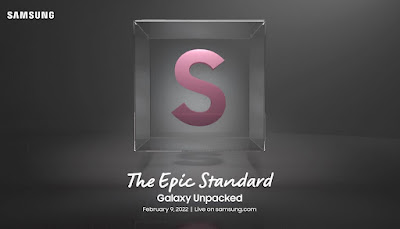