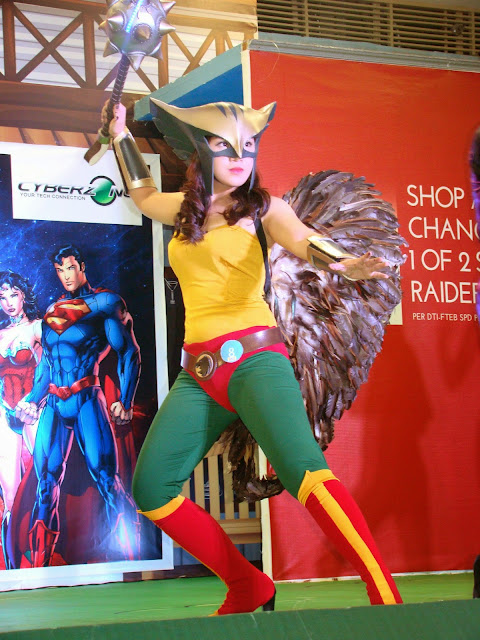 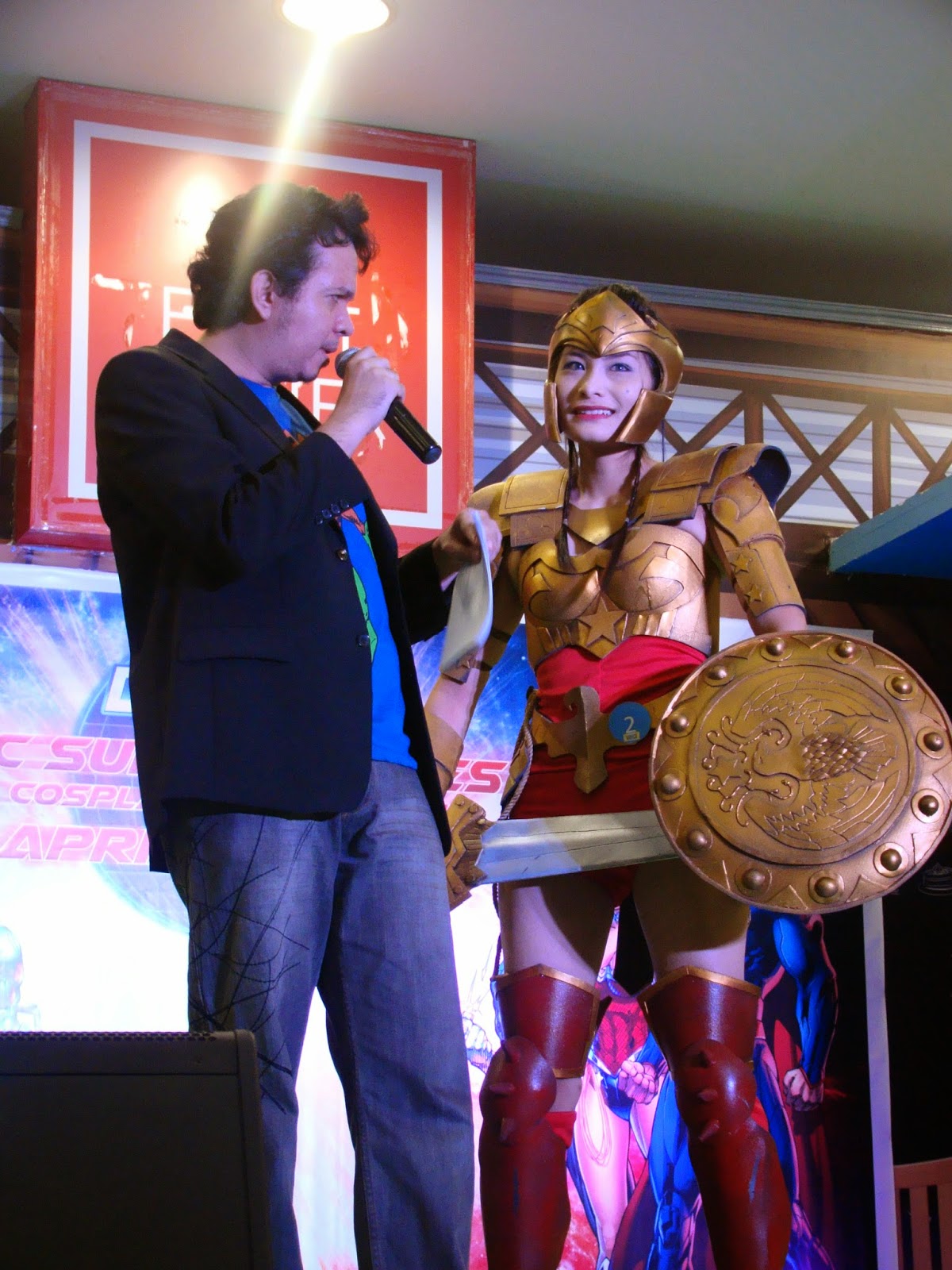 It is amazing how much work the participants have put into their costumes! There are so many characters to choose from, so each one has the potential to look awesome and stand out.

The runway performances were remarkable! Contestants acted in a skit, danced and presented their character's demeanor in an amazing cosplay. Some used their props well in striking a pose. Confidence shows if cosplayers feel really great about what the are doing. And this makes a difference.

Winners were chosen based on the following criteria: 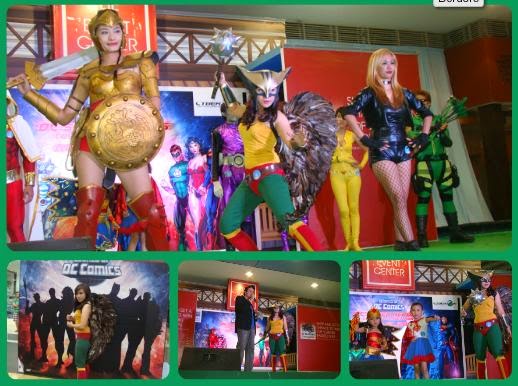 Hawk Girl bested them all. Wonder Woman came in as a close second while Black Canary bagged the 3rd place. These three winners qualify for the next round happening on April 18, in which they get a chance to snag the following prizes:

This Sunday activity culminates the series of pocket events held at the 13 different SM Malls in preparation for the DC Comics Super Hero World Record Event slated on April 18 at SM City North EDSA. So be there and get to witness this momentous activity. 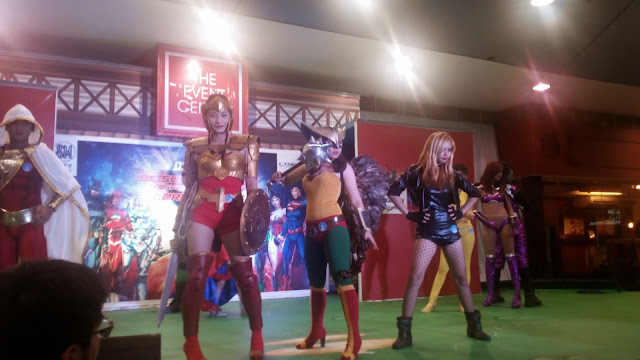 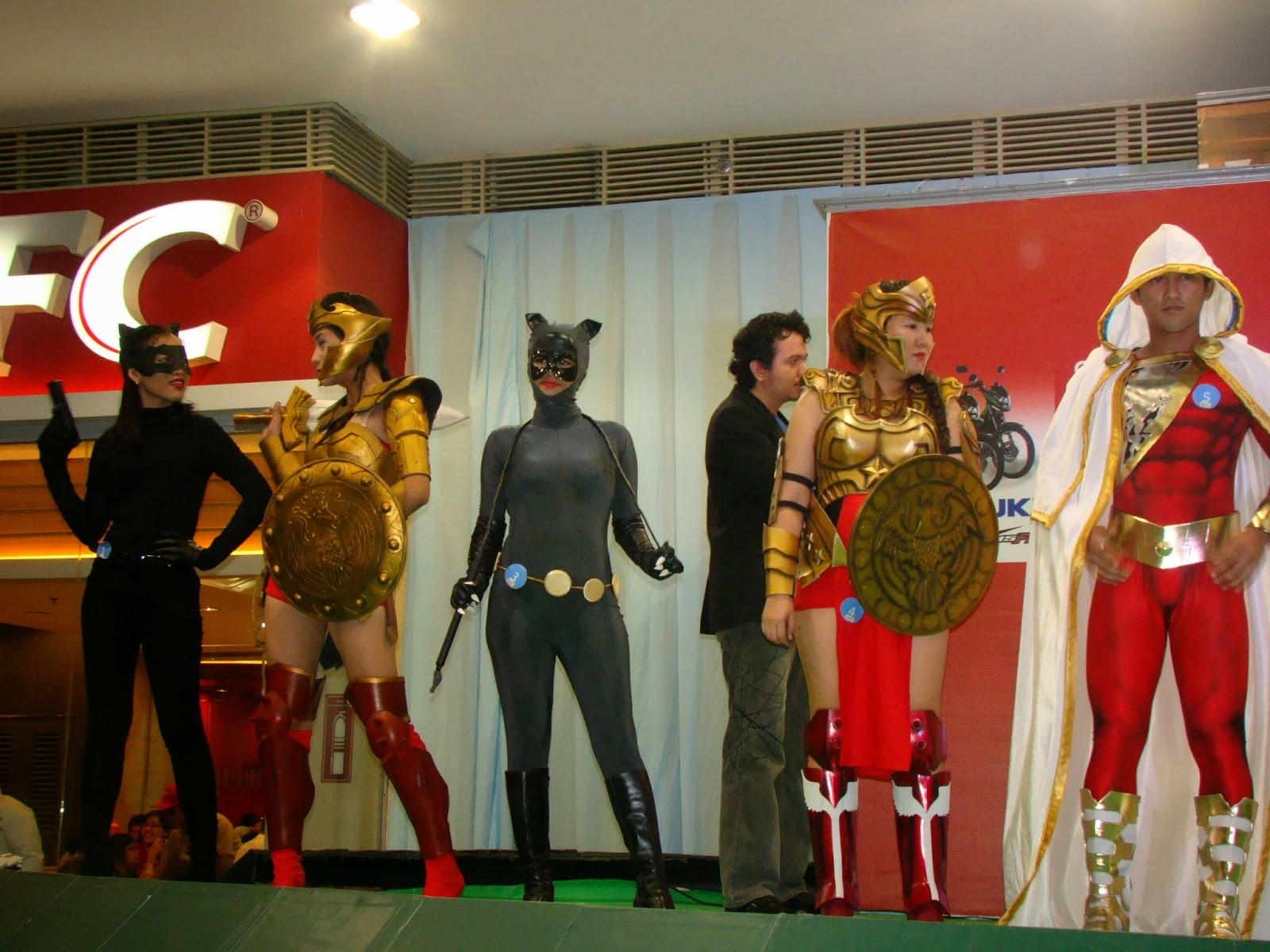 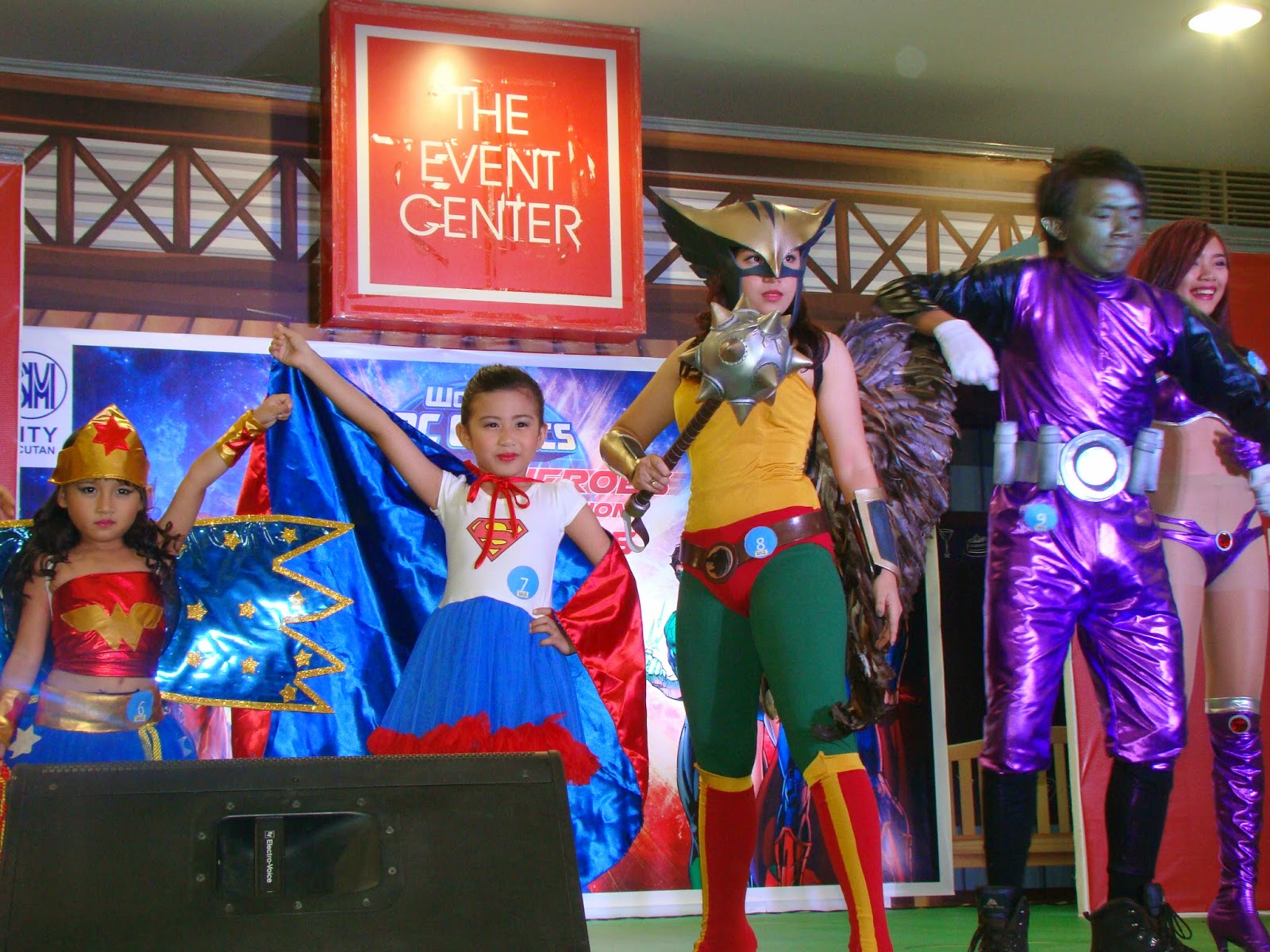 Manila (the only Southeast Asian Nation) joins the other fourteen cities around the world in an attempt to set a world record for the largest gathering of people dressed as DC Comics Super Heroes held at multiple venues around the globe within 24 hours this April 18th. The DC Comics Super Hero World Record Event will kick off in Queensland, Australia with a celebration at Movie World Australia theme park, and come to a commemorative close in Los Angeles, California, USA at Hollywood and at Highland.

Warner Bros. Consumer Products (WBCP) and DC Entertainment (DCE) invite fans of all ages to participate in setting this heroic world record by dressing from head-to-toe, close to the original DC Comics’ Super Hero’s costume as possible that has been featured in a DC Comics published book, television program or film. 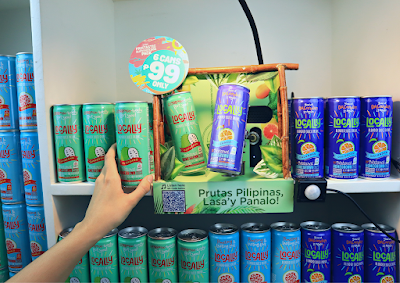 In-Store Robotic Displays: How FMCG Brands are charting new territories in Trade Marketing during this Pandemic

Brands have depended on the same-old in-store marketing and visual merchandising to enhance engagement and sales strategies for decades: cardboards, shelf stoppers, sampling initiatives, and price discounts. With e-commerce and online shopping building a strong presence in the world of retail, the is a need for upgrading the shopping experience within physical stores. Then enter the pandemic and everything about what we know was thrown under the bus! The customer behavior haa changed at a rapid pace. Consumers only visited groceries that follow appropriate health safety protocols, decreased their shopping time, and prioritized only the essential categories. Fast-moving consumer goods (FMCG) brands faced obstacles in trade marketing, such as how to announce brand promotional offers and perform activations inside the store. So, given how shoppers refuse to engage with human promoters due to Covid risks and some stores banning promoters altogether, the In-Store Roboti 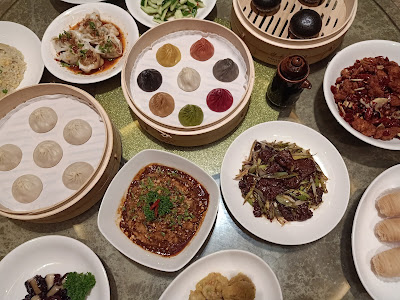