on March 05, 2015
Do you suffer from chronic coughing? Or shortness of breath after a light physical activity with wheezing or whistling sound? Do you feel tightness in your chest area?

You may be exhibiting symptoms of Chronic obstructive pulmonary disease (COPD). It is a progressive medical condition characterized by damage to your lungs and airways. Chronic obstructive pulmonary disease (COPD) block airflow as a person exhales and makes the breathing process increasingly difficult. Chronic bronchitis, emphysema, and asthmatic bronchitis all fall under the COPD umbrella. 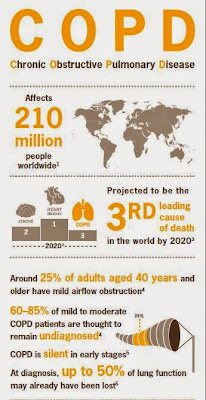 Most people are not aware that they have the disease, which makes early treatment challenging. COPD results in coughing and excess mucus production except in the case of emphysema. Emphysema sometimes show no symptoms other than shortness of breath. Many patients with emphysema have no cough or excess mucus production. Emphysema is usually the direct result of years of smoking cigarettes and affects middle-aged or elderly people.

Lung irritants like smoke and chemicals can lead to COPD and breathing problems. Smoking cessation is often the first line of treatment for patients with emphysema or other types of COPD. A COPD patient or anyone who want to wants to prevent COPD haas to give up smoking immediately since most people with COPD developed it from smoking.

COPD can make everyday activities difficult, which may become isolating. COPD places a major burden on patients and society. Reducing symptoms and exacerbations is a key goal of treatment. Although COPD is often thought of as a disease of the elderly, as many as half of COPD patients are below the age of 654 when they are likely to be at the peak of their earning power and family responsibilities.

COPD symptoms usually worsen over time. More frequent flare-ups of COPD symptoms, such as shortness of breath and wheezing, indicate the severity of the condition and the level of lung damage that has been sustained.

No matter what form of COPD you have, breathing difficulties are prevalent. Since there is no cure for COPD, maintaining a good quality of life depends on finding the right treatment.

Hence, Novartis strives to promote COPD awareness and asserts that COPD is not a death sentence. 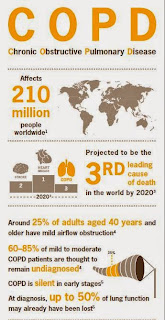 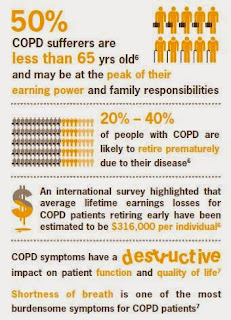 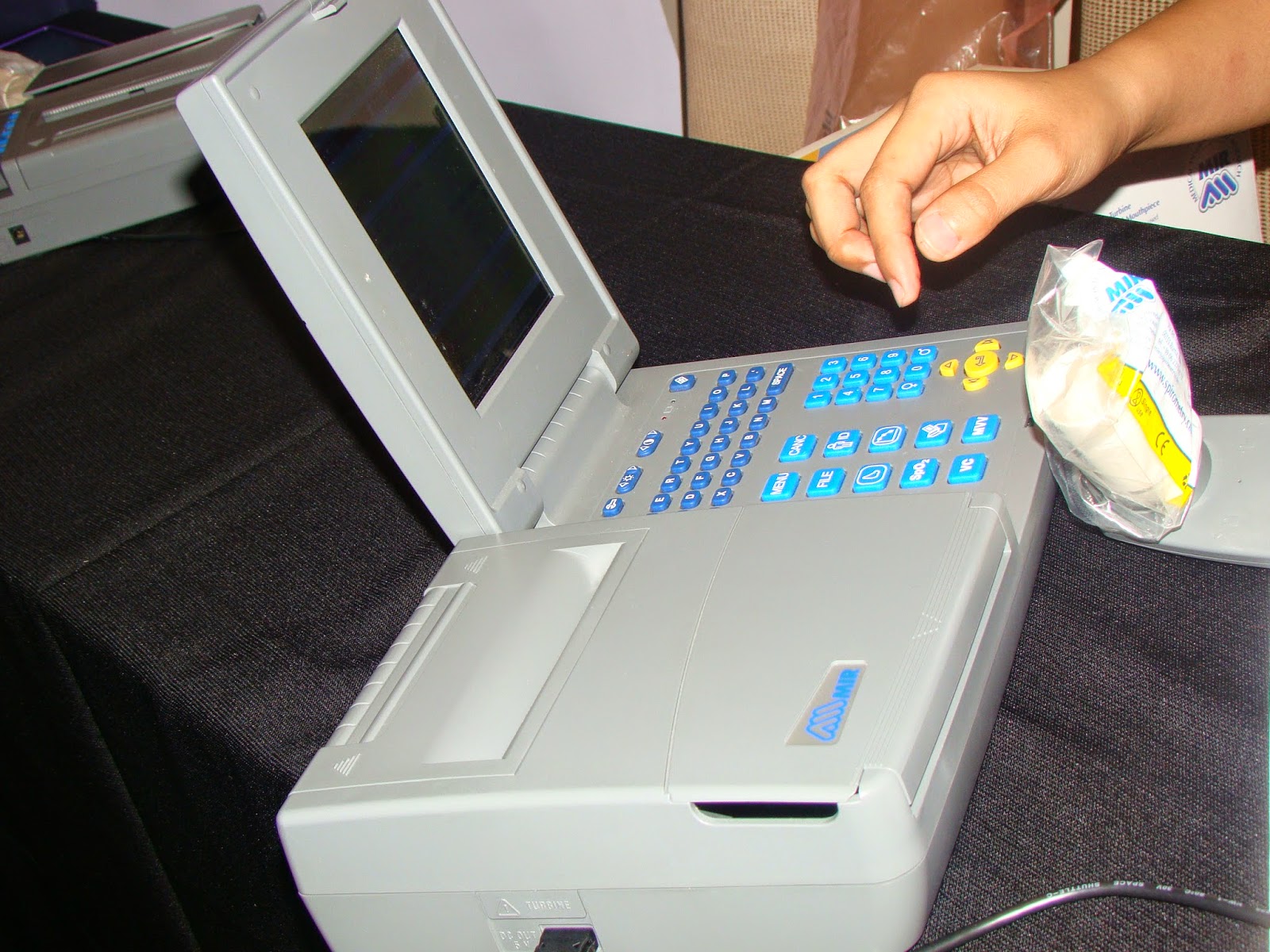 Bronchodilators help relax the muscles around your airways quickly to make breathing more comfortable. While some are designed for short-term or others are long-acting and help you breathe easier throughout the day. 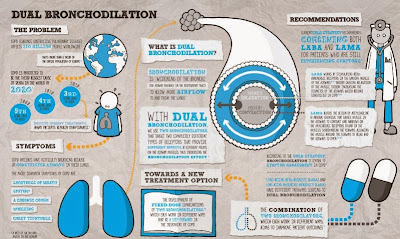 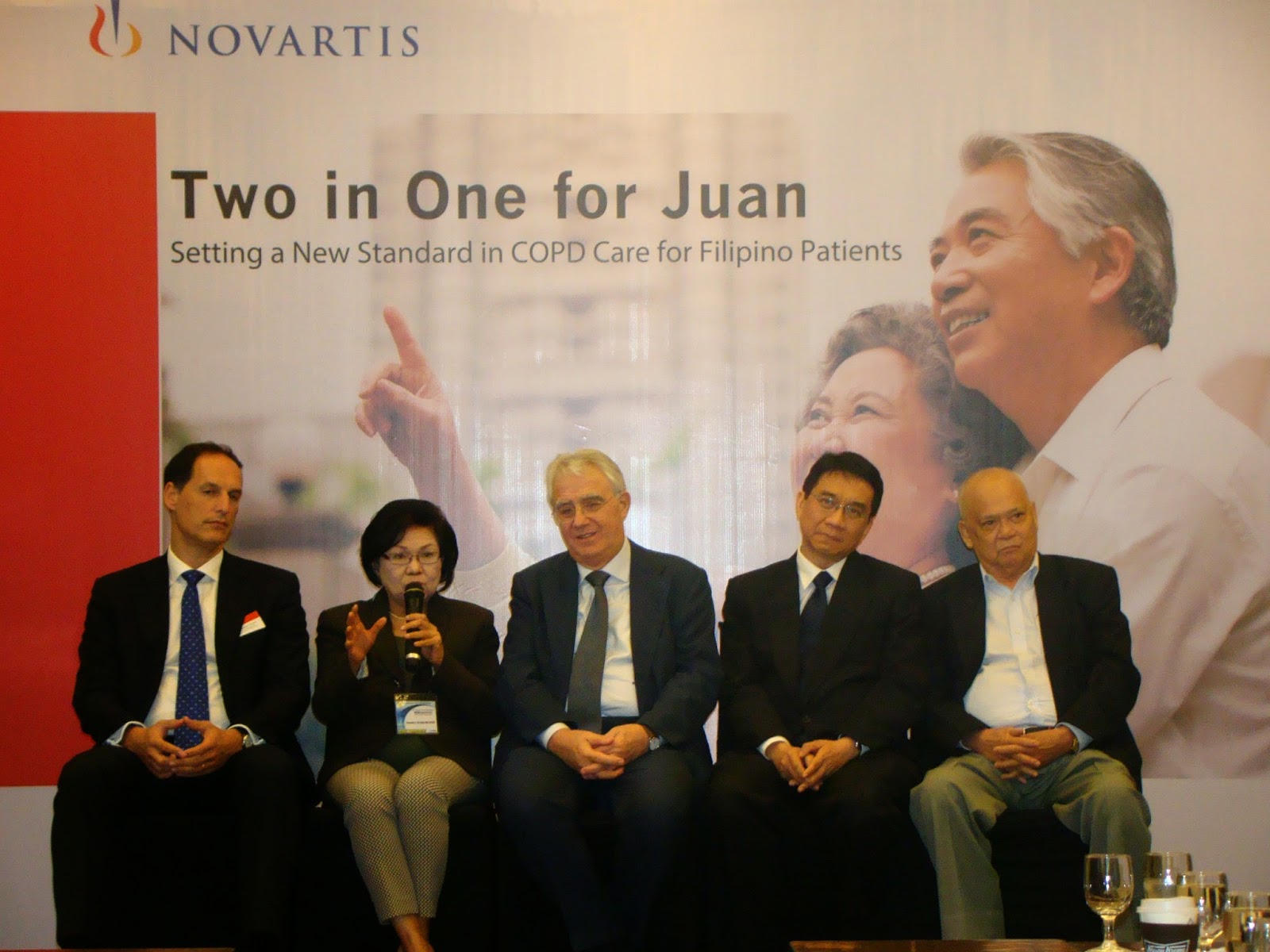 “Achieving symptomatic control for COPD patients can be a real challenge,” explained Dr. Teresita de Guia, Chairman of the COPD Foundation and the Philippine Foundation for Lung Health, Research and Development, Inc.


“Many of my patients tell me that not being able to catch their breath is the most difficult symptom of COPD. The launch of indacaterol/glycopyrronium (Ultibro® Breezhaler®) is welcome news, as COPD patients in the country now have a new treatment option that could help improve their symptoms and give them a better quality of life.” 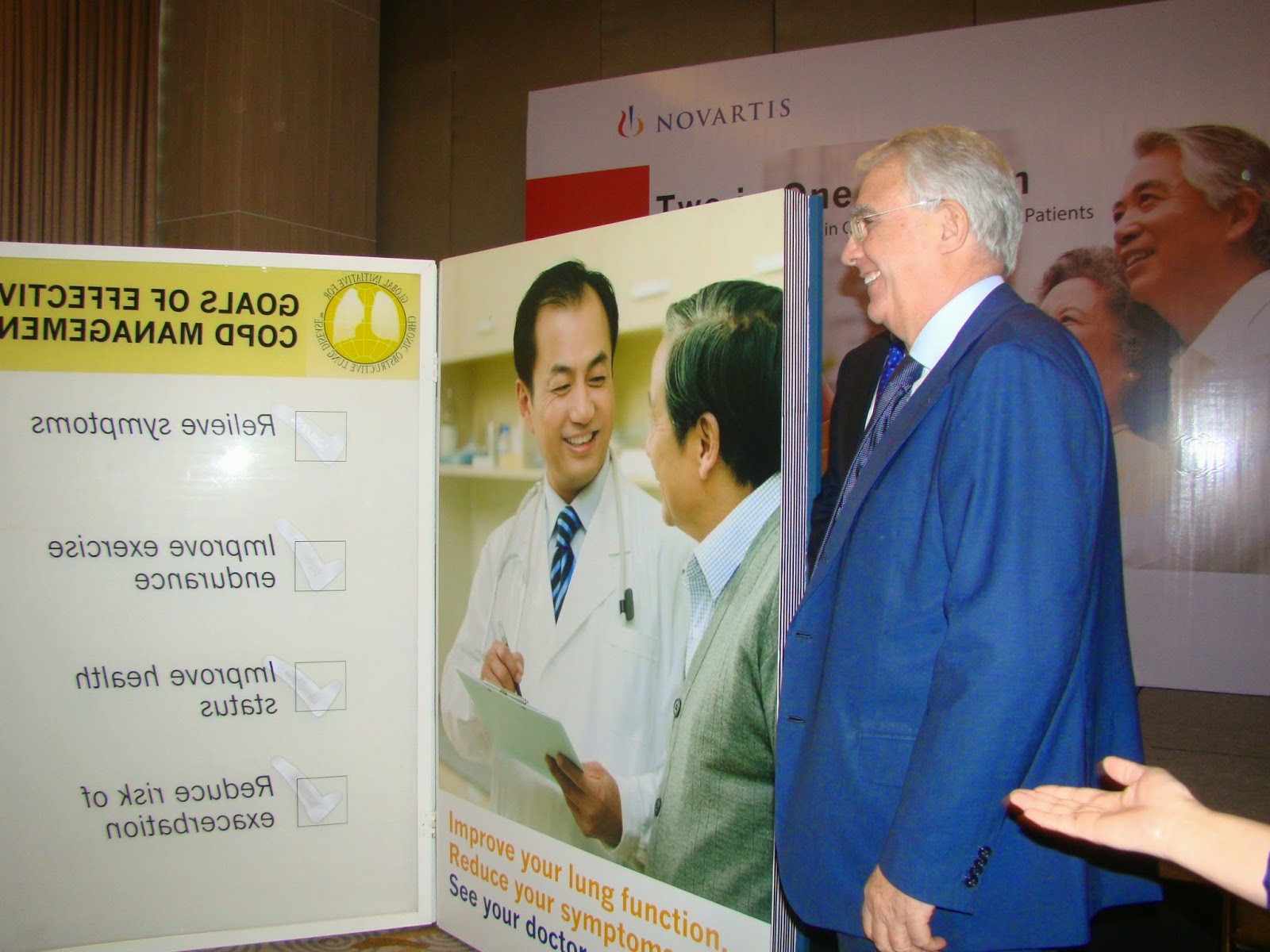 Chronic obstructive pulmonary disease (COPD) gets worse over time. Once diagnosed, patients should begin treatment as soon as possible to manage their symptoms with medications and lifestyle adjustments.

Sometimes, COPD symptoms worsen. This exacerbation or flare-up should be taken seriously. Administer treatment for COPD exacerbations as soon as possible to restore normal breathing. Severe flare-ups can be fatal when left untreated.