House of Cards returns with its Season 3 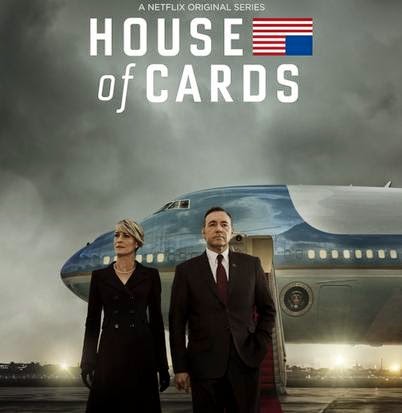 In House of Cards Season 3, the scheming Frank Underwood (Kevin Spacey) returns and finds out that holding power isn’t as exciting taking it. The all-powerful change agent that we have come to know is now a frustrated president.


Six months into his administration, President Underwood realizes that governing is really difficult. The Stephen Colbert Show interview was hilarious.  Various factors contributing to Underwood’s low approval were thrown at him---increasing trade deficit with China and increasing unemployment. Frank Underwood's approval ratings are lower than the former President Garrett Walker at the time of latter's resignation.

With the three blows to the head with a rock that he received in the finale, Douglas Stamper (Michael Kelly) lives and wakes up from a coma when the episode opens. Season 2 concluded when Rachel (Rachel Brosnahan) bashed him and drove off in his car thinking that he is about to kill her. Season 3 brings his alcoholic Chief of Staff character back from the near dead. He goes through physical therapy, slips in the shower, and condescended by the man he's devoted his life to since his services are no longer desired.

Claire (Robin Wright) drops Frank a hint in a line from episode one of the new season, "I'm almost 50 years old". Claire speaks about being in the passenger seat for too long and admits to her ambition to run for public office.

The opening hour gives a survey of potential threats to the president. While Claire was the one least expected, she can potentially be the most lethal.

House of Cards is a show built on political misdirection and unexpected twists and turns. Now that they have the ultimate seats in politics, Frank and Claire won’t go down without destroying everything they swing at. There is no telling where season 3 will take the Underwoods in its final episodes.

Developed and produced by Beau Willimon, House of Cards was honored as one of the American Film Institute’s TV Programs of the Year for 2013. It won Robin Wright’s Golden Globe award for Best Actress in a Television Drama, Kevin Spacey’s most recent Golden Globe award for Best Actor in a Television Drama plus Emmy Awards for Outstanding Directing for a Drama Series, Outstanding Casting for a Drama Series, and Outstanding Cinematography for a Single-Camera Series.