You’re Not You: A Moving Drama about ALS 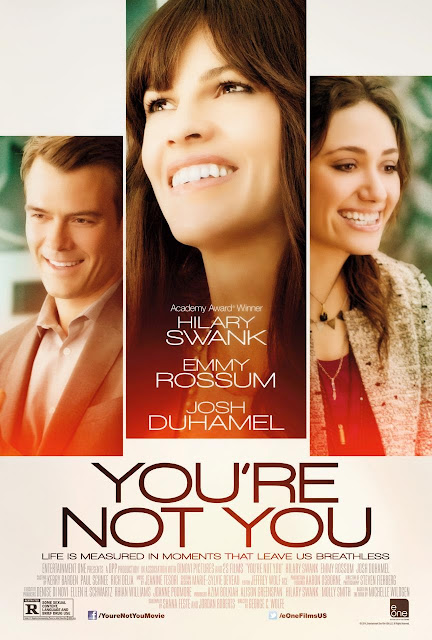 The ALS ice bucket challenge has recently taken social media by storm. Hollywood celebrities, local stars, and even ordinary people literally pitched in to support and fund research on the condition that is also known as Lou Gehrig’s Disease. Their social media videos may seem amusing, but there is a deeper reason why they subjected themselves to that bucket of ice-cold water.

This viral campaign started because not much is known about ALS or Amyotrophic Lateral Sclerosis, which affects the nerve cells in the brain and spinal cord. As with its most famous patient, American baseball player Lou Gehrig, people who are diagnosed with this condition degenerate as movement are slowly affected until the later stages that result in total paralysis. People who were otherwise healthy in their younger years start to lose control over the use of their muscles, and soon are unable to speak, walk, and feed themselves.

In the movie You’re Not You, Oscar Award winner Hillary Swank takes on the role of an ALS patient named Kate, a suave, successful classical pianist. She and her husband Evan (Josh Duhamel) are crushed when they find out about her condition, and he goes around looking for someone to take care of Kate as the condition progresses. Honest questions about living with disease were raised in the film. The strain that terminal illness exerts on sufferer's spouse were touched on as well.

Bec (Emily Rossum) is a brash college student and would-be singer who can barely keep her own life together. At first, Evan is hesitant to get her, but Kate sees something special in the younger girl. When Bec takes on the job, they go on adventures of self-discovery and help each other find their own strengths through their weaknesses.

With Bec's help, Kate gives voice to her simmering frustrations on his wayward husband, who has initiated an affair with a co-worker. Kate on the other hand, teaches Bec a degree of self-respect and responsibility.

You're Not You explores how two strangers can bring out the best in each other even in the midst of trials and tribulations. This movie also gives face to the much-talked about ALS and will help people understand the condition better.

You’re Not You movie is distributed and released in the Philippines by Octoarts Films International and will be shown in theaters starting November 26, 2014.