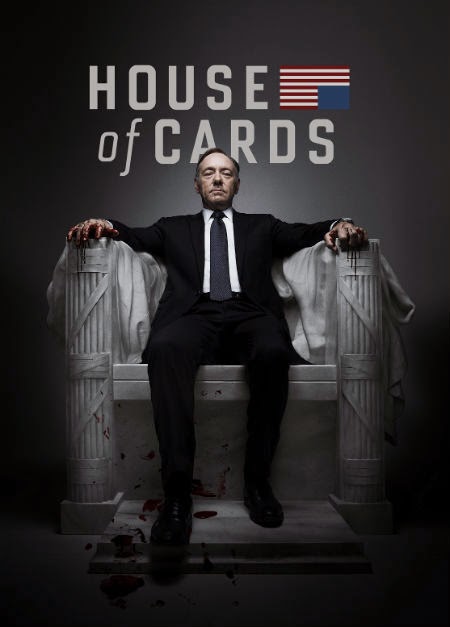 Award-winning political drama series “House of Cards”, which stars Academy Award winner Kevin Spacey and Golden Globe winner Robin Wright will premiere in the Philippines on May 28 at 9:55PM first and exclusive on RTL CBS Entertainment channel. It is available on SKYcable channels 53 (SD Digital) and 196 (HD). This Emmy award-winning series produced by Media Rights Capital which premiered in the U.S. on streaming service Netflix is expected to dominate the local screen as it debuts on Philippine television.

Kevin Spacey stars as Congressman Francis Underwood. Set in present-day Washington, D.C., this ruthless Democrat from South Carolina's 5th congressional district plans revenge on those he feels wronged him after being passed over for appointment as Secretary of State. He manipulates everyone around him to grab influence and prestige, at the cost of destroying his own cabinet members including the 45th President of the United States (Michel Gill as Garrett Walker) just to push himself forward and his own political agenda.

Francis and his equally ambitious wife Claire Underwood (Robin Wright), will stop at nothing to ensure their ascendancy. She runs an NGO called Clean Water Initiative. Power-hungry as her husband, she gets involved with Frank's political scheming, as an aid often setting her own lofty goals to work alongside with his.

After meeting Frank Underwood, Zoe Barnes (portrayed by Kate Mara), a reporter for The Washington Herald quickly forms an intimate relationship with him. Underwood uses her to leak stories to hamper the progress of his opponents. This one-hour American political drama television series slithers behind the curtain of power, sex, ambition, love, greed and corruption in modern Washington D.C.

Developed and produced by Beau Willimon (“The Ides of March”), HOUSE OF CARDS has earned several accolades including Robin Wright’s Golden Globe award for Best Actress in a Television Drama, as well as Emmy Awards for Outstanding Directing for a Drama Series, Outstanding Casting for a Drama Series, and Outstanding Cinematography for a Single-Camera Series. “House of Cards” was also honored as one of the American Film Institute’s TV Programs of the Year for 2013.

“We’re committed to bringing a very strong programming proposition to operators and audiences in the region and are delighted to have secured ‘House of Cards,’” says Jonas Engwall, CEO of RTL CBS Asia Entertainment Network. “This award-winning, highly anticipated show will complement the stellar line-up of programs on our channel.”

RTL CBS Entertainment HD is the first channel of RTL CBS Asia Entertainment Network, the joint venture formed by world leading content producers, RTL Group and CBS Studios International. Launched in Asia in 2013, it offers a balanced mix of reality, drama, comedy and daily programs and features exclusive first run content aired soon after the initial US broadcast including series Under The Dome, Intelligence, Elementary Beauty and the Beast, Star-Crossed and The Millers talent competitions America’s Got Talent; and daily shows Entertainment Tonight and Late Show with David Letterman.

Formed in August 2013, RTL CBS Asia Entertainment Network is a venture that brings together two of the world’s largest content producers: RTL Group, the leading European entertainment network, and CBS Studios International, the leading supplier of programming to the international market place. Its two new channels, RTL CBS Entertainment HD and RTL CBS Extreme HD, will be distributed in more than 20 Asian markets.