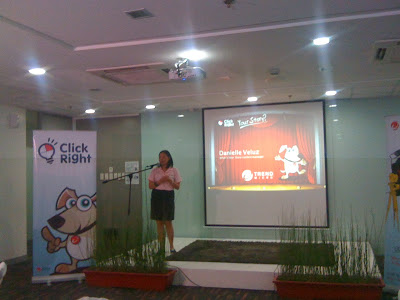 This international video making competition, “What’s Your Story” employs the film and video creativity of the Filipino youth to raise awareness on proper use of the internet and to promote online safety practices. Trend Micro believes in building a safe online environment for all digital citizens and in protecting the youth's reputation online. The competition is part of the initiatives under the Click Right campaign, an advocacy designed to provide useful tools and information to parents, youth, educators, and guardians in managing important concerns such as online etiquette, online security, and protection against child pornography.

For its first year in the Philippines, the “What’s Your Story” contest garnared a total of 72 entries (noted as the most within the Asia Pacific region) for both individual and school categories. 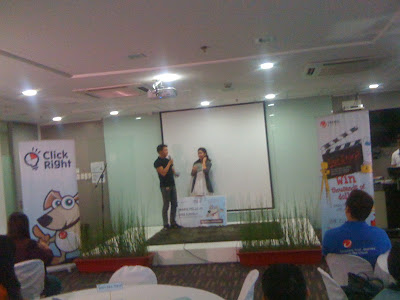 The school category with 28 entries was topbilled by Marie Pellejo's “The Story of My (Online) Life”. “BACKFIRE” by Shaira Jill Sera Jose won runner-up award.

“Pindot” by Julius Cea was recognized as the Audience Choice and received USD 400 after being honored as the fan-favorite entry with the most Facebook votes.

The Philippines’ top 2 entries competed against the winning videos from Malaysia, Singapore and Taiwan in the Asia-Pacific regional competition. Marie Pellejo’s inspirational ”The Story of My (Online) Life”—a video about learning to protect her online reputation through life experiences—was recognized as one of the two overall winners and accepted the grand prize of USD 5,000.

“Through this video contest, we are glad to see that the younger generation from all four countries are highly aware of how to protect themselves online,” says Jenny Chang, the Chief Culture Officer of Trend Micro.

For more information on the “What’s Your Story” contest, visit http://whatsyourstory.trendmicro.ph