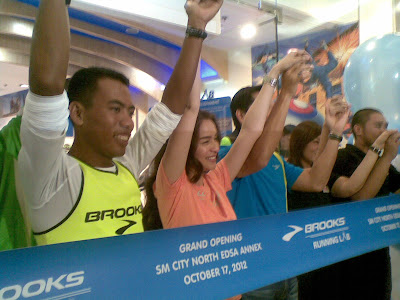 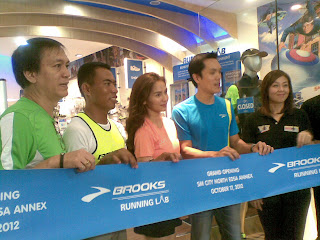 Toby Claudio of Tobys Sports welcomed celebrities, guests and and the media. He and Rod Claudio of SRI are confident that the opening of the Brooks Concept Store would inspire more people from all walks of life to run and keep fit. 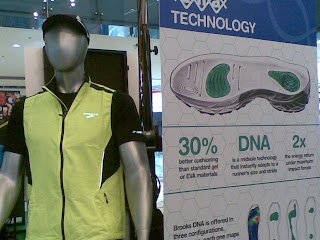 Brooks Sports, Inc. is the only company in the world that offers footwear, apparel, and accessories exclusively for runners. It made a mark in the running history by introducing Brooks DNA technology. Brooks® Sports First-of-Its-Kind Adaptable Running Shoe Technology Groundbreaking DNA Smart Cushioning System is the only one of its kind that adapts to the unique needs of each runner. Brooks DNA automatically and physically adapts with each foot strike to the ever-changing amount of force placed on the foot during the run. In essence, it offers customized cushioning and protection at every step of every run. 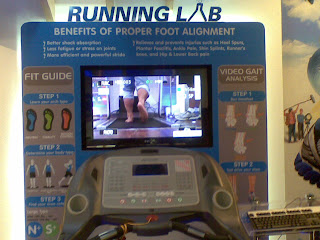 To determine which engineered running shoe design best suits a customer, the store uses its highly advanced "The Running Lab" system. It helps determine the right running shoe pair that adapts to the runner’s own biomechanics, weight, pace, gait, and surface.
This equipment determines an individual's foot type and stride through a footprint scanner and a high-speed video gait analysis. The results then serve as basis for right shoe recommendation. Here are more pictures on the BROOKS fashion show: 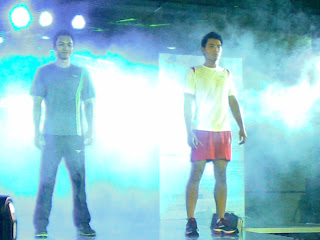 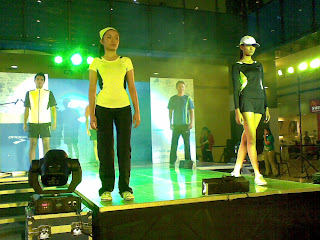 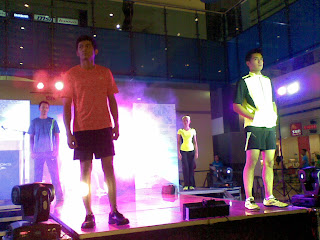