on October 31, 2011
Having a great, younger-looking skin doesn't require a fat wallet to make it a reality. Truth is, with more people constantly on the
search for age-defying and flawless-looking skin, choices abound. And
with these choices come possibilities that would suit anyone's budget.
When it comes to a safe, value-for-money, top-quality skin whitening
products, it doesn't get better than Diana Stalder by Dermaline.

As October 2011 marks Diana Stalder 15th Year Anniversary, Diana
Stalder Philippines celebrates with a series of mall tours and
contests for all ages.


The program opened with fun, trivia games on Diana Stalder products. The
Lucena crowd gamely joined in the stop dance challenge, where each
couple was asked to dance with as they keep a Diana Stalder soap
nudged between their foreheads. 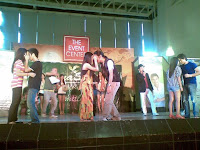 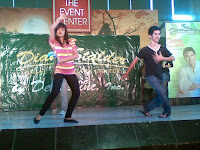 They even had a 'Skin Police' contest wherein two girls were spotted, handpicked from the crowd and given diana stalder gift packs as prizes for having healthy skins. 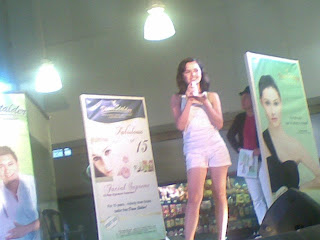 If you are trying doubly-hard to get back your skin's glow, Diana
Stalder has the tried and tested dermatological products to suit every
skin type and need. These diversed skincare solutions were showcased
by Diana Stalder image models on stage.
And the program wouldn't be complete without the songs numbers. I
specifically love the 'Evanessence' duet number by Diego Bandido and
Cheska. There were celebrity appearances by Yayo Aguila and Derrick Monasterio as a treat to the mall viewers. Yayo Aguilla did her Buttercup song with the hosts at the later part of the program.

Individuals were also reminded to take advantage the Anniversary Blowout on Diana Stalder Signature Soaps at P15.00 each on the day of the show. 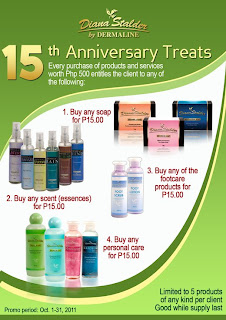 Watch out for the next series of activities as Diana Stalders searches
for 10 Most Admired Educators of Lucena and Diana Stalder Image
Models. They also launched a dance contest where the youth bust their
moves and strut their way to stardom. Please call 09332714793 for more details.
Diana Stalder October 2011 SM City Lucena