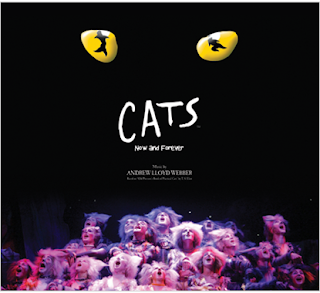 CATS is quite simply a phenomenon. It is that brilliant song and dance spectacle that was first shown in London’s West End in May 1981 and from which the song “Memory” comes from. The award-winning musical that went on to win two Olivier Awards for `Musical of the Year` and `Outstanding Achievement of the Year in Musicals` and seven Tony Awards. It held the record for the longest-running musical on the West End until it was surpassed by Phantom of the Opera recently. It played 18years on broadway and has been presented in over twenty-six countries, in about three hundred cities, and in ten languages.

The musical will be performed at the Tanghalang Nicanor Abelardo, CCP Main Theater from July 24 to August 8, 2010.

Cats in Manila features an international cast and our very own Ms Lea Salonga, to amaze us with her world-class talent playing the role Grizabella.

With magnificent music composed by the legendary Andrew Boyce Webber, including the poignant hit song "Memory", an imaginative set, inspired choreography and stunning costumes, CATS is a best-loved musical you wouldn't want to miss.

For more information, call TICKETWORLD at (+632) 891.9999 or check out the TicketWorld website or the Cats in Manila Facebook page.

Now get a chance to watch Cats in Manila for FREE by simply writing a post about Cats in Manila and and linking of Cats in Manila Facebook account (http://facebook.com/catsinmanila) or the Tumblr page (http://catsinmanila.tumblr.com) and emailing the post link to catsinmanila@gmail.com, with “Cats Blogger Contest” as the subject.
Two (2) winners will be selected randomly and each winner will take home 2 tickets.

Winners will be announced on Facebook and on the official Cats In Manila Tumblr page on July 19, 2010. Email notifications will also be sent to the winners.
Cats in Manila CCP facebook free tickets July 2010 musical play Tumblr

Live a Worry-free Life with MediCard

Everybody has worried about something in their lives. I’m one of those individuals who is often preoccupied with “what ifs”. I have learned in my younger years to prepare for worst-case scenarios. Doing so can help me identify problems early on and take control of my life. I find that worrying can sometimes be helpful as it spurs one to take action and solve a problem even before it materializes. You see, I lost my father in 1987. He was in the pink of his health at 39 years old. Our family never thought that a traumatic incident at home would strike and require him to be in Intensive Care Unit (ICU). His cost of basic care quickly added up and skyrocketed us into the pits of bankruptcy in 4 days. Our family was dumbfounded then with circumstances that have changed overtime! This situation placed us in financial difficulties and future uncertainty. My early life experience had taught me to take care of myself and family by preparing for the future. I learned that with the rig 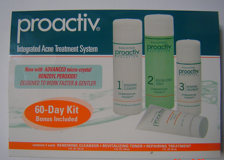 Proactiv Kit is your ticket to a whole new you!

I have oily skin. As such, I suffered from embarrassing pimples, whiteheads, and blackheads, and pimples in my childhood, adolescence, and young adulthood. Treating acne has been my way of life. I've tried every acne solution in the market to control acne and prevent additional breakouts and scars. I have long suffered from low self-esteem like those other people living with acne. I thought that it would go away after age 35, and boy, I was wrong! Now at 41, I still have acne-prone skin, though not as extensive as they were in my teens. Good thing I found Proactiv Kit, which helps control every case of acne. It is the perfect acne solution that helped me get rid of stubborn acne and helps keep it away for good. Proactiv, the number 1 anti-acne solution, is now here in the Philippines. Formulated by Stanford-trained dermatologists Dr. Katy Rodan and Dr. Kathie Fields, Proactiv worked for millions! Proactiv does not just treat your pimples now, it gives you clear skin fore