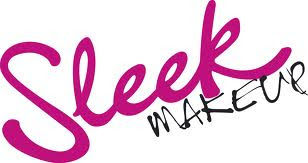 Post something about yourself and get a chance to win Sleek Palettes.

There is a new restaurant in town and it showcases the abundance and vibrancy of the Filipino cuisine. 𝘼𝙣𝙤𝙣𝙖𝙨 𝘽𝙞𝙨𝙩𝙧𝙤 has that hip look that is perfect for entertaining, business discussions or simply hanging out. The two-level home-turned-restaurant has a modern look, yet it maintains the Filipino homey vibe. The owners fell in love with an ancestral home along Anonas Street and turned it into a beautiful dining spot serving delectable local fares. It offers delicious traditional, homegrown meals plus a selection of International Cuisine. I got to enjoy Filipino treasure trove of recipes that includes Pork Belly Roll (₱ 380), Dinakdakan (₱ 315), Classic Kare-Kare (Ox Tail, ₱ 480), Fried Lumpiang Ubod (₱ 295) plus their best seller, Creamy Tofu (₱135). 𝘼𝙣𝙤𝙣𝙖𝙨 𝘽𝙞𝙨𝙩𝙧𝙤 also caters to guests looking for a place to unwind after a long day of work. It offers an extensive array of grilled pork, chicken and seafood that is perfect for

TikTok is a video-sharing social networking platform that has captivated the imaginations of millions.  TikTok is both educational and entertaining that it had seen a huge rise in popularity amidst the quarantine lockdown and its growth is showing no signs of stopping.   TikTok makes sharing creative content both fun and easy. It spurs creativity and helps app users showcase their talents through entertaining musical content.  If you're looking to jump on in as a content creator in TikTok , here's what you need to know - TikTok  constantly innovates to bring in  more features to help its users improve their experience on the app. And one of its newest offerings is a Live feature , which creators can use to stream videos to their followers. When streaming live, creators can communicate with fans in real time, and establish a closer connection by engaging with them. Users can interact with creators to ask questions or share ideas during the livestream, fostering a virtu